7 Famous Female Mathematicians and Their Legacies

Female mathematicians have flourished in every era, but only some of them have gotten the credit and recognition that they deserved.

You know how much we enjoy presenting you with some amazing women of science. Math may not be up your alley, but we all have to admit we wouldn’t be here today (us writing and you reading this piece) without some of these ladies! Let’s talk today about seven famous female mathematicians and the ways that they’ve changed the world! 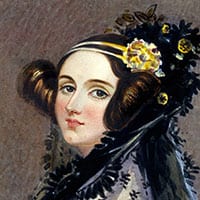 Achievements: One of the most famous female mathematicians and the first female computer programmer

Worked on: The invention of computer algorithms

We have talked about Ada Lovelace before, but she is worth a mention on any occasion!

Not only is Ada Lovelace considered the first female computer programmer, but she achieved this in a time when computers were still gigantic, full-room machines called “analytical engines.” She realized that people could use these engines for more than just calculating numbers, so she started making notes and equations to give them more complex commands. Her work contains examples of the world’s first computer algorithms and computer programs.

Ada did not receive much appreciation in her lifetime. People only realized the extent of her contributions to math and science in the 21st century. Since then, however, she’s enjoyed recognition from all around the world. The programming language “Ada” is named after her, and so is the digital tech school Ada College. There are countless Lovelace Medals and Ada Lovelace Awards. Some people even celebrate Ada Lovelace Day in October. 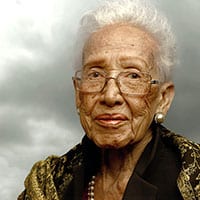 Katherine Johnson is one of the world’s most prominent black female mathematicians. She initially worked as a “human computer” for NASA in the 1950s, analyzing and organizing data for their aerospace missions, but her talent got her plucked out of the pool and put at the forefront of NASA’s earliest space missions.

Katherine’s work played a significant role in the success of astronauts like Alan Shepard (the first American in space) and John Glenn (the first American in orbit). She was reportedly so accurate with things like flight trajectories that John Glenn refused to take off until she double-checked the numbers. Her life became the subject of public praise in the award-winning movie Hidden Figures, and she received the Presidential Medal of Freedom in 2015. 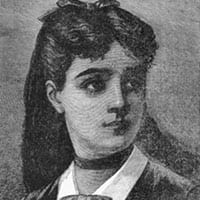 Achievements: Recipient of an award from the Paris Academy of Sciences which now bears her name in her honor

No one wanted Sophie Germain to have an education. Her parents thought her interest in math and science was “unladylike,” so she had to teach herself from the books in the family library. She also had to enroll under a male name to study at a local university.

She never gave up, however, and her interest in elasticity theory led to her becoming one of the earliest pioneers on the subject. She also worked on Fermat’s Last Theorem, and her contributions stood at the foundation for other mathematicians for years to come. Her hard work was eventually recognized when she was awarded a prize from the Paris Academy of Sciences. Today, that same award is known as the Sophie Germain Prize, and the world recognizes Sophie as one of the most famous female mathematicians and academics in history. 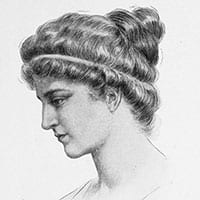 Achievements: One of the earliest and most famous female mathematicians

Sometimes called “the mother of mathematics,” Hypatia is one of the first women to have an extensively documented career in math and science. Her father was a mathematician who taught her everything he knew. When she grew up, she became a teacher herself. Her fields of interest included math, astronomy, philosophy, and physics.

Hypatia’s story ended in tragedy when an angry mob killed her for political reasons. However, her work lives on in everything from Diophantus’s Arithmetica to Ptolemy’s Almagest, and she’s remembered as a martyr in the field of mathematics. 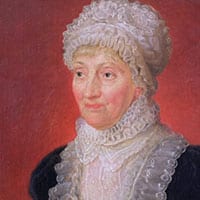 Achievements: First woman to win a gold medal from the Royal Astronomical Society and become an honorary member

Worked on: The discovery of eight comets

Struck with typhus as a young girl, Caroline Herschel never grew taller than 4’3″, and her mother thought that she was destined to be nothing more than a house servant. An older brother ignited an interest for the stars above, however, and by working as his assistant, Caroline became one of the most famous mathematicians and female astronomers in history.

Her work revolved around stars, comets, and nebulae. She discovered at least eight comets, including the 35P/Herschel–Rigollet, which now carries her name. The Royal Astronomical Society granted her a gold medal in 1828 and awarded her honorary membership in 1835. She also received a Gold Medal for Science from the King of Prussia in 1846. 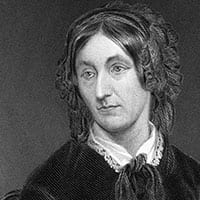 Achievements: Translated and expanded Celestial Mechanics, a famous textbook at the University of Cambridge

Though she had little formal education, Mary Sommerville was fascinated by an algebra problem that she encountered when she was sixteen, and it led to a lifetime of solving puzzles, winning contests, and cracking open the codes of the universe. She didn’t know it at the time, but she would become one of the most prominent female mathematicians of her era.

Mary is most famous for her translation of Celestial Mechanics. In her own words, she transformed it “from algebra into common language.” The paper soon became an undergrad textbook for the University of Cambridge for many years. She was later awarded an honorary membership with the Royal Astronomical Society, along with her contemporary Caroline Herschel. They’re jointly considered the first women to join the RAS. 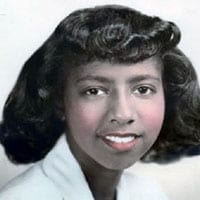 Achievements: One of the first African-American women to earn a Ph.D. in mathematics

Worked on: Linear and matrix algebra

Marjorie Lee Browne came from humble beginnings. Her father was a postal clerk who just so happened to like numbers. So, Marjorie grew up with a passion for math, and it took her all the way to a Ph.D. She was one of just three African-American women to earn this distinction in the 1940s.

The most remarkable thing about Marjorie, however, is the way that she encouraged others to follow in her footsteps. She knew the struggles of black female mathematicians, so she became a professor and mentor to many students who would later become well-known academics in their own right. She was a role model for female mathematicians everywhere, and her legacy lives on to this day with scholarships and conferences named in her honor.

So what did we learn?

Do you know other famous female mathematicians who helped this world become a better, smarter, more evolved place? Feel free to jump in the discussion section below to tell us who your favorite women in science are and why!