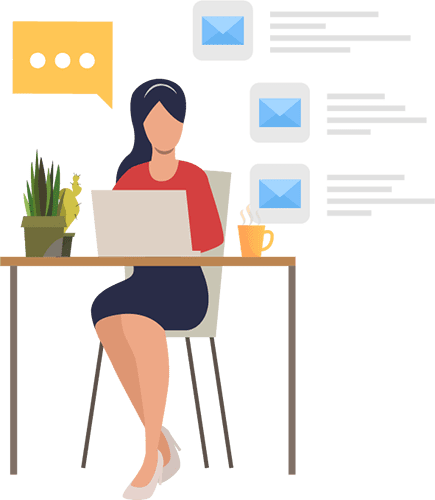 These remarkable women leaders come from a variety of industries and fields, all at the intersection of technology and society. While their experiences range from data science to artificial intelligence, they have all impacted the world we live in.

Last month, an article highlighted three women from NASA who were influential to the organization. Women from past eras faced daunting challenges, like Kitty O’Brien Joyner being the first woman to graduate from the University of Virginia’s engineering program and being the first female engineer at NASA.

Even though those particular events were over 80 years ago, it doesn’t mean the journey is complete; science, technology, engineering, and mathematics continues to interest and fascinate all genders.

This is why today, we want to present you with nine women leaders in technology that reshape the world we all live in!

As executive director for the non-profit Human Rights Data Analysis Group, Price uses data science for projects in a variety of locations including Guatemala, Colombia, and Syria.

This group of statisticians advocates for human rights through applying science to create defensible historical records, conducting research and development for better scientific methods, and educating those working in the human rights community about data science. According to her,

We are essentially the behind-the-scenes scientists for human rights advocacy organizations,

The organization’s work is found everywhere from footnotes, appendices, memos, and court cases for humanitarian work around the world.

Narkhede and her team developed Apache Kafka, a platform that handled LinkedIn’s vast influxes of data. In 2011 Apache Kafka became open source, which became widely used across many data-crunches like Goldman Sachs, Netflix, and Uber.

She currently serves as CTO and continues with her team to develop applications for the platform for real-time data processing, scanning trillions of events per day.

LinkedIn hosts everyone’s resume now. However, that particular Buzz Lightyear resume might be a fake.

Without Monica Rogati’s data science work, Tim Allen or Disney might have needed to confirm. She wore many hats as a LinkedIn Senior Data Scientist, from a hands-on prototype to a distributed database guinea pig.

One of her many projects during her five years there was to improve matching and “recommended” data services, such as similar jobs, “People You May Know,” and talent match.

She built a team of world-class data scientists and engineers to promote healthier lifestyles with wearable technology.

Next on our list of women leaders in technology is Silvia Chiappa. She first fell in love with math while learning the elegance of trigonometry in her hometown in Italy.

These puzzles fascinated her, and with the encouragement of a high school math teacher, she learned as much of the subject as she could. Her curiosity continued past the classroom, leading her to continue studying mathematics at the University of Bologna.

Continuing her education, she earned a Ph.D. in Machine Learning at the Swiss Federal Institute of Technology Lausanne.

Chiappa is now a senior research scientist at DeepMind. The firm hosts a team of scientists, engineers, and machine learning experts focused on advancing AI.

Recognizing the challenges and barriers of women entering the industry, Chiappa supports DeepMind’s initiative to encourage diversity and inclusion in the overwhelmingly male environment, based on her own experiences as a female technology leader.

The capabilities of AI include competing in strategy games like chess and understanding human speech like Apple’s Siri. As these emerging technologies mature and evolve, their applications create societal, ethical, and economic challenges.

As a result, Nikita Johnson founded ReWork, an organization dedicated to joining the brightest minds in AI across industry and academia, allowing global pioneers and experts in discussing applications for AI in real-world businesses.

[ReWork’s] vision is to help advance rapidly emerging technology to solve challenges in business and society,

ReWork organizes globally-renowned summits and conferences for Business and AI leaders to discuss and network about the rapidly changing technologies.

Our next name on the list of women leaders in tech is Dr. Fei-Fei Li. Currently, at Stanford University as a professor of computer science, Dr. Li is renowned as Artificial Intelligence’s biggest advocate and perhaps the field’s most prolific researcher.

She serves as both co-director of Stanford’s Human-Centered AI Institute, investigating machine learning, computer vision, and cognitive and computational neurosciences. In 2017 while on an academic sabbatical, Li joined Google Cloud as Chief Scientist of AI and Machine Learning, also serving as Vice President.

The aim is to both educate the next generation of AI scientists and promote diversity and inclusion in the field. The program has expanded to 11 universities to introduce female and non-binary persons to create new technology that can change the world.

While on the AI train, let’s bring up Nara Logics’ CEO Jana Eggers. Twenty-five years of technology and leadership make her an excellent fit into the company.

Bringing experience from Logics from Intuit, American Airlines, Los Alamos National Laboratory, and a variety of start-ups, her love for mathematics and computers continues to help her dive into the complex topic of artificial intelligence.

Nara Logics is a neuroscience-inspired AI company, benefiting from both rapidly advancing fields in biology and computer science.

Google’s Director of User Experience Elizabeth F. Churchill is a psychologist specializing in human-computer interactions and one of the women leaders in technology you should start following right now!

She has a history of building excellent research teams at companies, including Google, eBay, and Yahoo.

As a social scientist, Churchill has authored over 100 peer-reviewed articles and contributed to over 50 patents, helping showcase her extensive work on the complex topics of artificial intelligence, cognitive science, and psychology.

She uses her knowledge and skills to build and improve technology and service design. Through both her written and spoken word, she educates the broader public on human-computer interactions using her expertise and education.

An Australian tech entrepreneur, Leanne Kemp is founder and CEO of Everledger, a company using blockchain to track origins of high-value assets, helping insurers, claimants, and other stakeholders involved with risks of fraud and money laundering (in particular, the diamond and gem industries).

Kemp isn’t just known for her involvement in the jewelry business, but also her work with RFID tracking, supply chains, and advertising. It makes her a wealth of information and perspectives.

It’s not surprising to find her on powerful boards like IBM Blockchain Board of Advisors, the World Trade Board, and the World Economic Forum’s Blockchain Council, influencing the future decisions of technology.

What Other Famous Women Leaders in Technology Are You Following?

These remarkable women in tech reshape the world as we know it. We should support them as their challenges are far from over. Do you, however, follow other famous female scientists? Who are your personal heroines in the tech world?

If you want to learn more about extraordinary women that changed the world, check out our top 10+ tech ladies we should all talk about more! Moreover, if inventions are your thing, check out our top ten famous female engineers that pushed human development beyond anyone’s imagination.