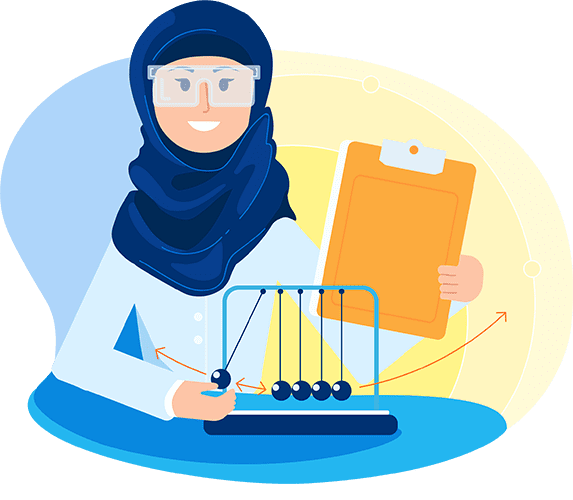 Their research is fascinating. Their personal stories are inspiring. These famous female physicists are from all over the world, but their love of science connects them all!

Female physicists have often had to overcome hardship to study what they love. This round-up of 7 women in physics includes astrophysicists, solid-state physicists, and everything in between.

Just like our famous female doctors these ladies had to fight social prejudice and obstacles to make their point get across. And aren’t we all happy they never flinched and never backed away in the face of adversity! So let’s see seven famous women physicists that revolutionized science!

Maria Goeppert Mayer was a female physicist in a time when it was difficult for women to get professional jobs as scientists. After receiving her Ph.D. in Physics at the University of Göttingen in 1930, she and her husband, Joe Mayer, moved to the United States. For the early part of her career, Maria could only hold “assistant” or “volunteer professor” positions. However, these lowly jobs allowed her access to the department resources, and she worked on a variety of subjects in Physics.

Maria Goeppert Mayer made contributions to many different areas of Physics. Her most famous work, the one that earned her the 1960 Nobel Prize, was a mathematical model of the nucleus of an atom. 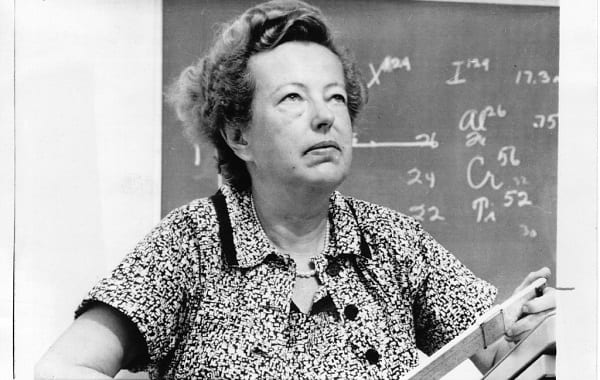 She is also well known for her theory of a phenomenon called two-photon absorption (TPA). TPA spawned an entire field of biomedical imaging techniques.

Maria’s work was so significant that the American Physical Society created an award named after her honor female physicists.

Dr. Goeppert Mayer made terrific discoveries, even though she had difficulty being hired as a professor because she was a woman. What do you think she could have accomplished if she had been offered professorship in 1930?

Louise Johnson attended an all-girls high school, where she was encouraged to study science. She attended the University College London in 1959 to study physics.

She was surprised to discover she was only one of the four women physicists in the program. Louise earned her Ph.D. from the Royal Institution in 1965. She later did a post-doctoral fellowship at Yale. 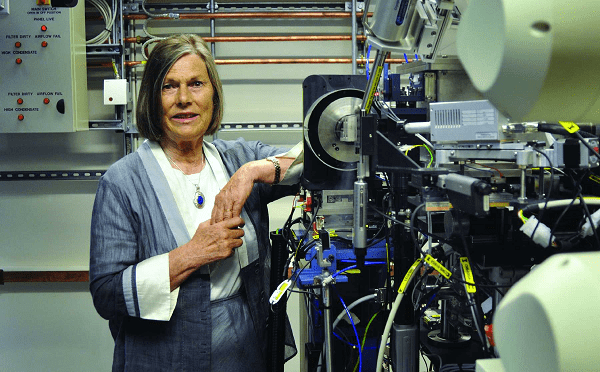 Proteins are huge molecules that fold up into intricate shapes. How they fold and unfold is critical to understanding how they work in the body. The form of proteins is also essential for discovering new medicines.

Louise Johnson retired from Oxford University in 2007, but continued her work. She spent most of her time as the Director of Life Sciences for the Diamond Light Source. She became a Dame of the British Empire in 2002 and a Foreign Associate of the US National Academy of Sciences in 2011.

Dr. Ma was born in Taiwan in 1960. She studied violin throughout her childhood and won the prestigious Taiwan National Violin Competition in 1983.

However, she decided to become an astrophysicist instead of a violinist. She moved to the United States to attend MIT. One of the most prominent female engineers of our times, Dr. Ma is a force to be reckoned with in the field of astrophysics.

She held a prominent position at the University of Pa. and currently is a Professor at Berkely. She continues to play the violin as a hobby. 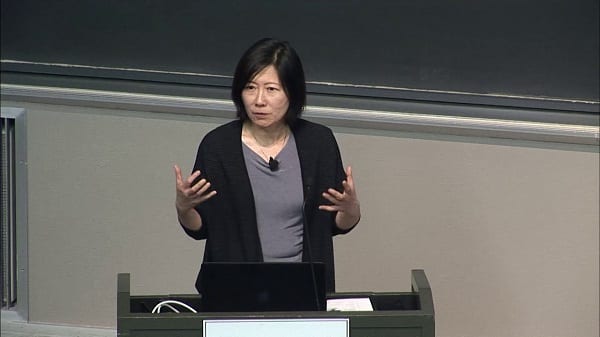 Chung-Pei Ma received a prize named after one of the other famous female physicists on this list – the American Physical Society’s Maria Goeppert-Mayer Award.

Dr. Ma studies the structure of the universe and dark matter. Her group discovered a series of massive black holes in 2011-2016. Previously it was thought that supermassive black holes were extremely uncommon. However, Dr. Ma’s discoveries suggest that they are more common than anyone thought.

Dr. Barbosa is a leading expert on the properties of water, and her theories are being used to develop new methods to desalinate water. She also is the Vice-president of the Union of Pure and Applied Physics and director of the Instituto de Física da UFRGS.

Marcia comes from Rio de Janeiro, Brazil. She did her undergraduate, and graduate work at the Universidade Federal do Rio Grande do Sul (UFRGS).

She later was hired at UFRGS as a professor. While Dr. Barbosa did not have any severe struggles in her career, she is committed to advancing the cause of women physicists. She was the chair of the International Union of Pure and Applied Physics Working Group on Women in Physics.

Dr. Barbosa is a leading expert on the properties of water. While studying water may sound silly, water is one of the hardest molecules to understand. Most theories to explain the behavior of liquids do not work for water. Dr. Barbosa’s work is being used to develop new methods to desalinate water and thus solve the water crisis of our times.

Next on our list of famous women physicists is Dr. Lin. She was born in Fujian Province in southern China. She was expected to be a housewife for her family. Lin wanted to escape the housework, but they did not think that women needed an education.

She persuaded her parents to allow her to go to school by going on a hunger strike. They gave her permission, but she had to do all the housework in addition to studying. 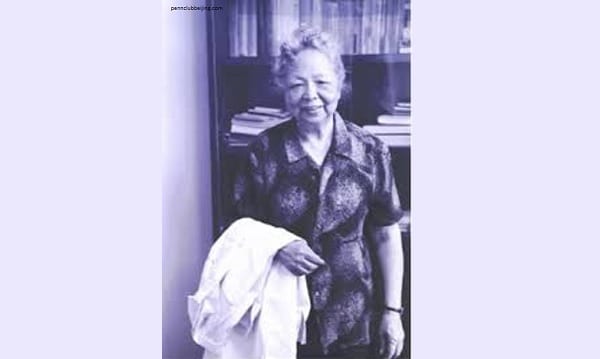 It was the start of her educational journey. She eventually ended up with a Ph.D. in solid-state physics. Because of the hardship she suffered to get an education, she spent much of her career working to advance women in physics.

Dr. Lin is another one of our famous female physicists who made impacts on so many different areas of physics that it is difficult to summarize. She made a significant contribution to refining silicon, which is the basis of all modern computer technology. She also built satellites and lasers.

Azadeh grew up in Tehran, Iran. She received both a chemistry set and the memoirs of Marie Curie as gifts when she was a young girl. These two presents inspired her love of science. She immigrated to the US to attend school at UCLA because she was unable to study physics in Iran. 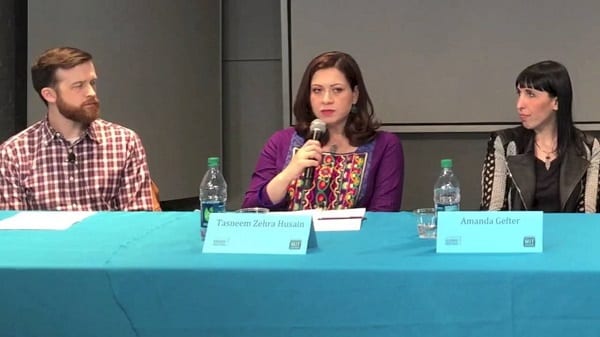 Dr. Tabazadeh has studied atmospheric physics to understand how gases produced at the surface of the earth impacts the stratosphere.

Azadeh is famous for her research on how ozone depletion impacted global warming. She also decided her story would inspire future women physicists, so she took writing classes and published her memoir, The Sky Detective.

Last but not least on our list of famous women physicists and notable women in contemporary science is Tasneem Zehra Husain.

Tasneem was interested in both science and writing from a young age. Like many others, she had to travel abroad to further her education, studying in Italy, Sweden, and the US. She was a founding member of the Lahore University of Management Sciences (LUMS) School of Science and Engineering in Lahore and taught there as a faculty member.

Dr. Husain develops models to describe the assembly of the universe from tiny elements called strings. She chose to study string theory because she found it to be one of the most beautiful approaches to explaining the universe.

She finds string theory is creative and artful.

Dr. Husain has also written a fiction book called Only the Longest Thread that explains string theory in an easy-to-understand way.

Which Are Your Favorite Famous Female Physicists?

Women have changed and are changing the world as we know it and as we speak. Do you know more famous female physicists you want us to present? Who is your favorite lady of tech and science in our contemporary times?

Use the comments section below to tell us of your feminine role models in technology, engineering, math, and other hard science fields!