A team of astrophysicists made a huge step in solving Newton’s three-body problem by offering a statistical solution.

What is the Three-Body Problem and Why is It Important?

Besides being the title of new and famed science-fiction novel by Liu Cixin, the actual three-body problem is a scientific conundrum left for us to solve, courtesy of Sir Newton.

For every action, there is an equal and opposite reaction. This is Newton’s groundbreaking law of motion that helped us understand not only how things work here, but how they work up there. Namely, Newton’s law of motion allowed us to make sense of the solar system and comprehend the relationship between a body of mass and the forces acting upon it.

Nevertheless, enter a third object in this relationship. Think about Earth and Sun. Newton’s law of motion and traditional math can help us calculate their movements. However, once you factor in the Moon in this relationship, the equation become incredibly harder. If three objects of relatively similar size orbit a center point at a comparable distance and enter thus into a relationship, chaos ensues. Sounds much like human relationships, so the three-body problem is relatable.

Joke aside, when three celestial bodies get into this type of chaos, regular math does not apply anymore to calculate the bodies’ movements. Scientists have been trying for years to solve this problem. 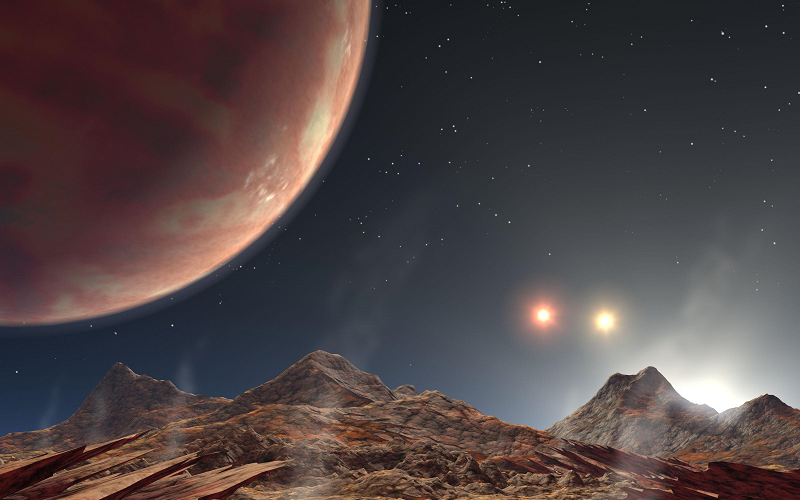 A Statistical Solution to the Three-Body Problem

Astrophysicists from all over the world, led by Dr. Nicholas Stone at the Hebrew University of Jerusalem’s Racah Institute of Physics, tackled this problem from a statistical point of view. They published their findings in the journal Nature.

The foundation of their research constituted the astrophysics discoveries of the past two centuries. In essence, this is what happens in a three-body chaotic system. It will eventually reject one of the three members of the trio. Next, it will create a stable binary relationship between the two remaining elements. As we said, just like in life.

The novelty of the research consists in the fact that the scientists applied statistics to predict the celestial bodies’ movements and used traditional mathematics to do so.  Their predictions were close to the computational models used in practice.

According to Dr. Stone, these predictions will help us understand better how elements in the solar system function and relate to each other. If you consider black holes and their (still) mysterious ways, one can easily understand why attempting to solve the three-body problem is still relevant.

“When we compared our predictions to computer-generated models of their actual movements, we found a high degree of accuracy. Take three black holes that are orbiting one another. Their orbits will necessarily become unstable and even after one of them gets kicked out, we’re still very interested in the relationship between the surviving black holes.“

How Close is Science to Solving the Three-Body Problem?

Just as the scientists said, this statistical solution they proposed does not cover the entire three-body problem. However, statistical solutions are still incredibly useful in aiding physics and astrophysics to tackle complex processes and problems. The ability to predict the new orbits of celestial bodies caught in or surviving any three-body problem relationship is critical to the understanding of their behavior in newly-stable environments.