We knew the Milky Way had its fair share of black holes, but the new one discovered by Chinese astronomers is “impossible to exist” given its monstrous mass.

The New Monstrous Black Hole in the Neighborhood: Meet LB-1!

In a paper published yesterday in the journal Nature, Chinese astronomers describe an enormous stellar black hole on the other side of the Milky Way. Dubbed LB-1, this monstrous black hole should not even exist. This behemoth has approximately 70 times the mass of the sun.

The discovery received follow up observations from the Gran Telescopio Canarias in Spain and the Keck Observatory in the U.S. Everybody corroborated the results. We know since the 1700s that we cannot detect black holes in a traditional way (since they don’t emit light). Nevertheless, we could observe them if a light-emitting celestial body orbited them – such a companion star. 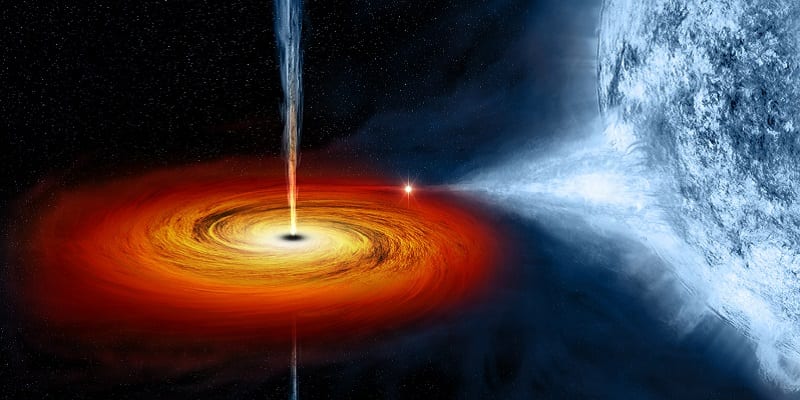 According to astronomers, our Milky Way galaxy could hold up to 100 million black holes. While it is still hard for us to detect them all, new technologies seem to take humankind a step closer to understanding how such stellar black holes form. Using the radial velocity method – one of the methods we use to detect and confirm the existence of exoplanets – we can also find invisible objects such as black holes.

The gravitational wave detectors like LIGO and “Virgo” have recently detected ripples in spacetime. In theory, these ripples may be the result collisions of black holes which then merge to create new, larger ones. But now it is the first time a black hole of this size and possible origin has been discovered in our Milky Way.

According to professor Jifeng Liu,

“Black holes of such mass should not even exist in our galaxy, according to most of the current models of stellar evolution. We thought that very massive stars with the chemical composition typical of our galaxy must shed most of their gas in powerful stellar winds, as they approach the end of their life. Therefore, they should not leave behind such a massive remnant. LB-1 is twice as massive as what we thought possible. Now theorists will have to take up the challenge of explaining its formation.“

What Does the Monstrous Black Hole Discovery Lead To?

To paraphrase professor David Reitze, the director of the Laser Interferometer Gravitational-Wave Observatory, the discovery of this monstrous black hole in the Milky Way represents the advent of a new era. The detection of binary black hole collisions will eventually force scientists to reexamine the models of how stellar-mass black holes form. Moreover, it represents the debut of a true renaissance period for astrophysics.