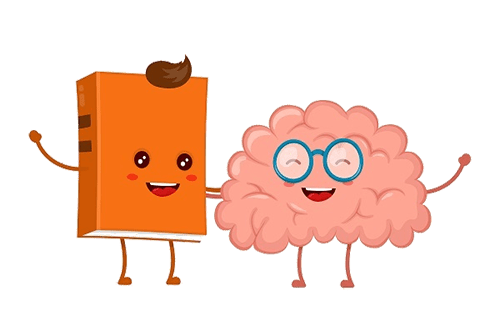 Do you happen to remember some things in a certain way only to learn you were wrong the whole time? Do you think you slide in and out of parallel universes? Not likely. However, you may experience the Mandela effect of sharing false memories with (lots and lots of) other people.

It is not our desire to rain on the parade of those who believe in parallel universes, time travel, quantum disruptions, and scientists from CERN meddling with the space-time continuum, but the Mandela effect has a more psychological root to it than a supernatural or science fiction one. Today we will learn more about this phenomenon, give you some of the best Mandela effects to blow your mind, and have some fun trying to understand how memory works.

What Is The Mandela Effect?

The Mandela effect is a phenomenon describing a large group of people sharing the same memory of an event or a fact although the event never occurred or the fact is slightly different in reality from what they remember it. The self-proclaimed “paranormal consultant” Fiona Broome is responsible for the coining and the establishment of the term. It all started with her remembering for a fact the death of famous South African President Nelson Mandela, in the 1980s, in prison. In fact, Nelson Mandela died a free man in 2013.

The Mandela Effect in Pop Culture

Speaking of spooky things, we think it is best to introduce you to the world of examples of the Mandela effect through none other than rockstar FBI agent, paranormal researcher prodigy, and heart-throbbing conspiracy theory buff – Mr. Fox Mulder! Both Scully and Mulder are right on this one. The Mandela effect is a weird science fact but it has nothing to do with aliens, quantum physics, or the supernatural. 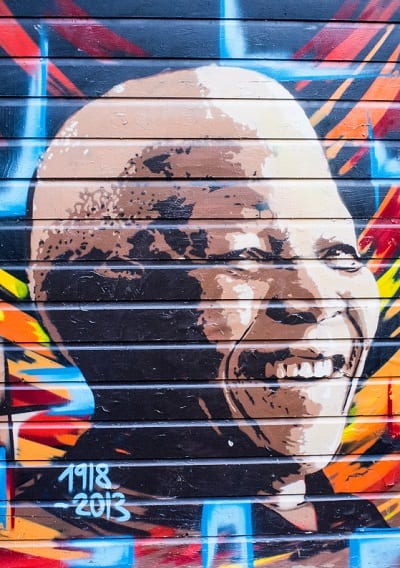 ​The Mandela Effect that Started it All

We cannot begin this list of Mandela effects examples without mentioning the event that helped scientists coin the term and people feel a little bit better about their mental health: President Mandela’s false death and funerals.

Broome mentioned she had vivid recollections of Nelson Mandela’s televised funerals and the widow’s speech back in the eighties. She, as later learned, was sharing this false memory with people around the world as well. In case you want to get your history facts straight too, activist, philanthropist, and revolutionary Nelson Mandela died on December 5, 2013 because of a respiratory tract infection. The state funeral took place on December 15, in South Africa (in Qunu, in the Eastern Cape province).

Now that we cleared things up, let’s see other Mandela effect examples that might even influence your life without you knowing it!

How well do you remember some history events of old times or even contemporary times? Did you ever mistake Princess Diana’s accident simulation with real footage? And how many people were in that car, four or five? This is one of the newer Mandela effect examples, for instance. And the correct answer is that there were 4 people in Princess Diana’s car when it crashed. So, let’s see some famous Mandela effect “memories” related to events that have occurred, but not quite as you remember them!

Our first entry on our list of strange Mandela effects examples related to historical events is Mother Teresa’s sanctification back in the nineties, after her death. Or so very many people think. However, in the reality we live in, Pope Francis declared Mother Teresa a saint only a few years back, in 2016. This false memory may have its explanation in the fact that people mistake beatification with sanctification. King Henry VIII had six wives and a lot of trouble to deal with, but he had never had a turkey leg in the same portrait with him. And yet, people swear by the existence of an infamous portrait of the monarch, painted as he held a turkey leg in his hand. No, there is no proof that that paining ever existed. 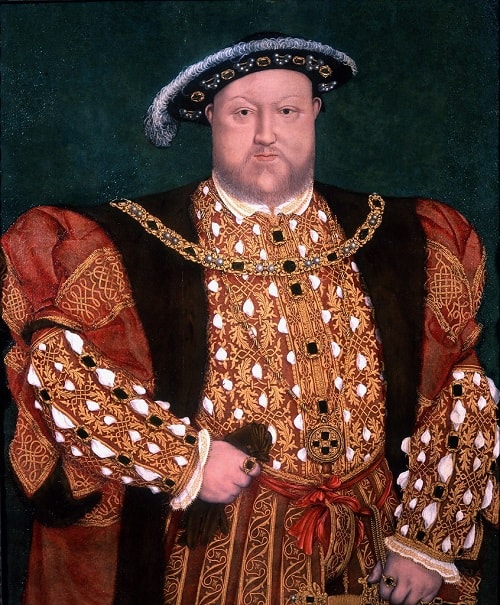 The Year of the Challenger Explosion

We know not all the NASA missions are successful – although we deeply root for the Artemis project and the future Mars Rover adventure. However, the Challenger explosion was one to remember. How well you remember it is an issue however. One of the most conflict-generating Mandela effects examples is the Challenger space shuttle explosion, which occurred on January 28, 1986, not in 1983, 84, or 85, as many people wrongly remember. 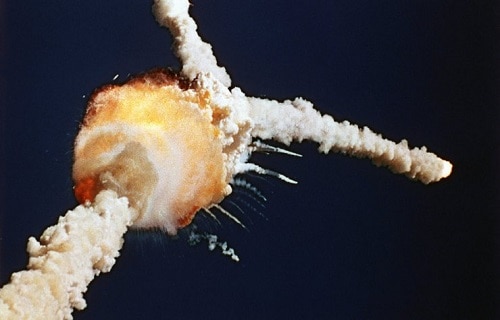 In 1932, famous aviator Charles Lindbergh experienced what no parent wants to experience ever: the kidnapping of his 20-months old son. The Mandela effect in this case is that people wrongly remember that nobody ever found the boy. In truth, after about two months later, the boy was found dead. Killed by a blow to the head, no less. 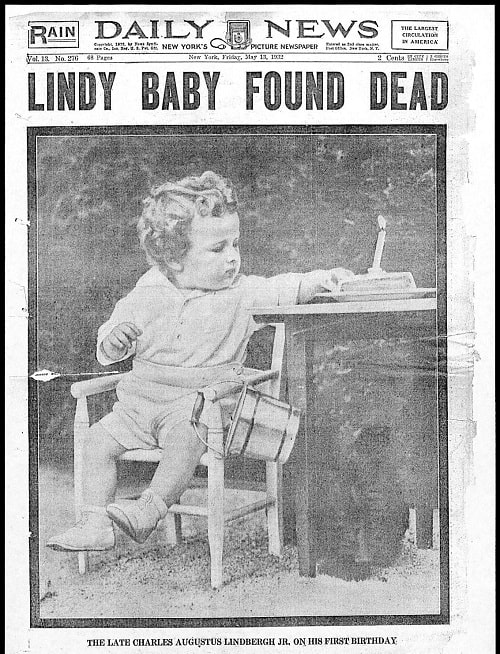 Now, things get serious! Do you remember those favorite music lyrics of yours? Chances are they never happened! How many legendary movie lines do you quote wrong? And how many characters’ names do you misspell? If there was such a place where the Mandela effect was king, it is pop culture, film, music, shows, etc.

No, He’s His Father

Probably the most known and most spread Mandela effect example is the world-shattering, game changing Lord Vader quote in Return of the Jedi “Luke, I’m your father!” It is false, however, as the real quote is “No, I am your father!” You can quote this line for as long as the franchise shall live, it will still not have the word “Luke” in it. 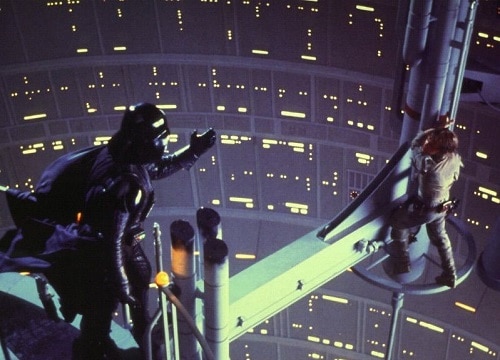 Folks, You’ve Got It all Wrong!

Do you know the famous Looney Tunes “That’s All Folks!” extro? Well, people can swear the animation said Looney Toons – because Bugs and his buddies are toons – but no. The correct spelling is Looney Tunes for some reason and it has been since the beginning. It did not change along the way as some might believe or “remember.”

To Monocle or Not to Monocle?

One of the most widespread Mandela effects among adults is one related to the Monopoly game. A host of people swear that Rich Uncle Pennybags (or Mr. Monopoly) wears a monocle to complete his business suit and top hat attire. The truth is, Mr. Monopoly has never worn a monocle in his entire existence. People might mistake him with Mr. Peanut – the Planters mascot – who does indeed sport a monocle. Funny how memory works, isn’t it? 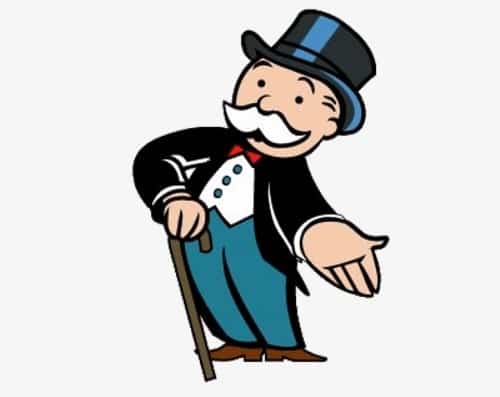 The movie goers and the very entertaining horror film industry was never the same again after 1991’s The Silence of the Lambs. Anthony Hopkins’s portrayal of Hanibal Lecter still gives people chills down their spine. However, when Lecter and FBI agent Clarice Starling meet for the first time, people wrongly remember him saying “Hello, Clarice.” In fact, the line is “Good morning, Clarice,” even if hosts of people swear by that “Hello.” This is just one of the many Mandela effect examples related to film industry and one of the most mistakenly quoted movie lines of all times. 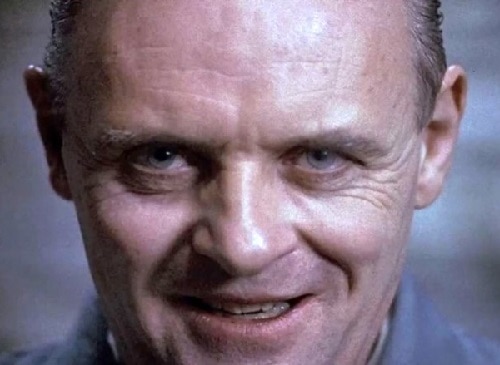 The Mandela effect is Risky Business, especially if you are among the ones remembering Tom Cruise dancing in just a shirt, underwear, and sun glasses when home alone in the famous 1983 movie. Well, you got almost everything right, except for the fact that Tom never wore sunglasses in that scene. Most people remember this wrongly, as they are most likely overlapping memories of other movie scenes where Cruise did, in fact, wear shades. 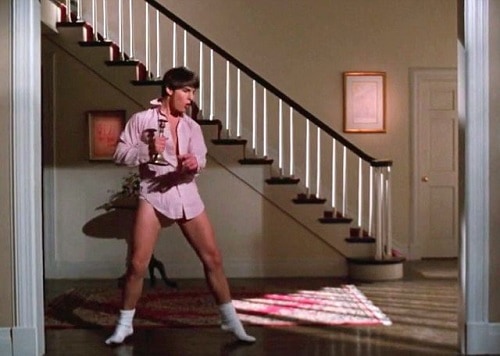 One of the best known Mandela effect examples is a misquote from Disney’s Snow White and the Seven Dwarfs. We can all swear we heard the Evil Queen saying “Mirror, mirror on the wall, who’s the fairest of them all?” Well, the Queen addresses the mirror with “Magic mirror on the wall,” but the question (and answer for that matter) remain the same. 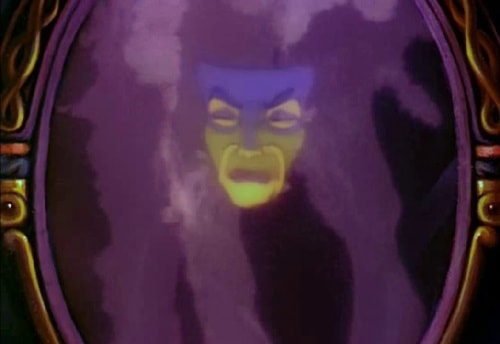 Do you actively remember you saw a movie called Shazam (or Shazaam) featuring actor and comedian Sinbad as the genie? That movie never existed. You are probably mistaking it for the (actually happening) movie Kazaam, the 1996 comedy starring NBA legend Shaquille O’Neal as the wish-granting genie. 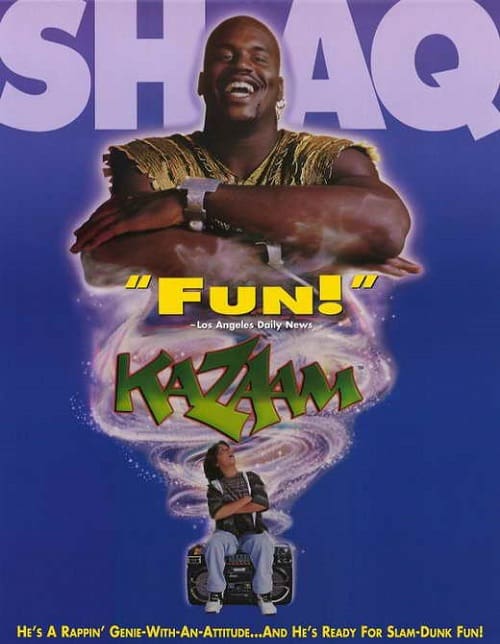 What Does Leo the Lion Actually Stand For?

MGM is one of the oldest movie studios in existence and Leo the Lion has been around for as long as we remember. But how do you remember the MGM name? Is it Metro-Goldwyn Meyer or Metro-Goldwyn MAYER? It is Mayer, without a doubt! And speaking of famous logos and brands you love…

How do you spell your favorite brand of comfy shoes – Skechers or Sketchers? It is definitely SKECHERS without a T, although people swear they wear SkeTchers. In this case, you may be wearing fakes. Sorry. Next in line on our Mandela effect examples are three brand logos and spelling issues that you yourself might remember wrongly. Guess what they are?

The Fruit of the Loom Logo

It NEVER displayed a cornucopia design or a basket for that matter, regardless of how you think you remember it. The logo went through plenty of transformations since 1893 to current times, but it NEVER featured a cornucopia, a basket, or any other type of fruit container.

If you ever had a Jiffy peanut butter sandwich or packed one for school in childhood, your life is a lie or one of the most widespread examples of the Mandela effect. There is no such thing as Jiffy peanut butter. It is – and always has been – JIFF. You may be overlapping the Jiff logo with the popular Skippy logo and thus promote a brand that doesn’t exist.

Smell the Breeze, But Spell Its Name Correctly!

We may now how smell works, but when it comes to memory, we still have plenty to learn! One such example is the way you spell Febreze, the name of the popular odor eliminator. Isn’t it true that at some point in time you spelled this name Frebreeze? You may find people who can swear that at some point, the brand spelled Frebreeze with two letters “e”. In fact, the name has only one “e,” at least in this version of Earth. 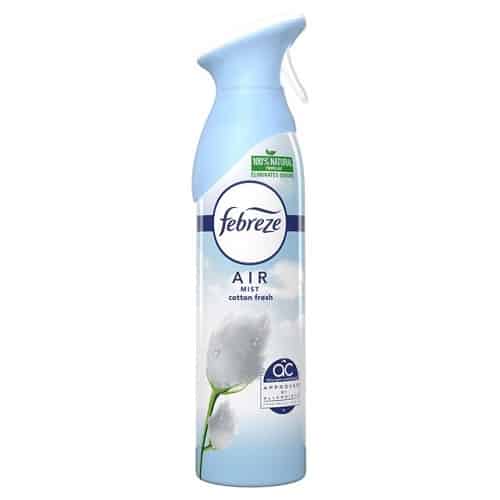 Now that you saw some of the most known Mandela effect examples, we think you understood better this psychological phenomenon.

This is how we can describe the Mandela effect in short: despite the fact that an event never happened, there are people who remember it vividly. While Broome explains the phenomenon from a pseudo-scientific angle (parallel universes, for instance), you know we love to keep our weird science facts close to our hearts and minds. According to recent research, psychologists agree the Mandela effect has plenty to do with memory problems.

So, which Mandela effect do you experience? Is it the Fruit of the Loom or Darth Vader’s quote? Feel free to use the comments’ section below to tell us about your own Mandela effect examples and share your thoughts about them. In case you want us to update the article with even more such mind-blowing instances, let us know!