Flush the Taboo Away with These 7 Fun Facts About Poop 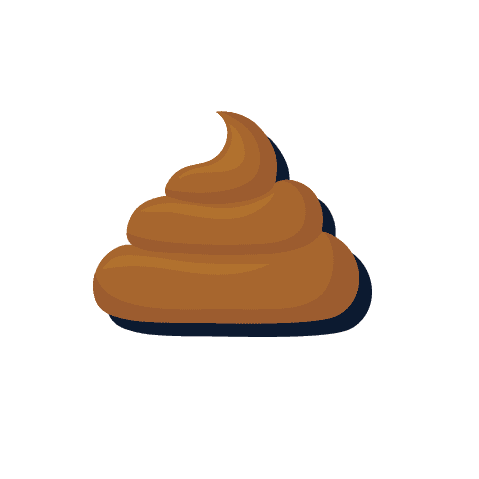 Scientists devote their lives to researching the hidden aspects of poop. Inadvertently, they also find fun facts about poop.

Poop jokes are funny, there’s no question about that. On the internet at least, we have created an entire culture surrounding this natural physiological process, whether we are talking about cute videos with house pets or simply sending a poop emoji to somebody.

What very few people do know, is that even the science surrounding this activity can be funny, and at times downright weird. So, because we wanted you to have as much fun as we do, we’ve scoured the internet and various medical journals for the most interesting and fun facts about poop.

1. Poop is Transforming an Entire Continent

Penguins are known worldwide for their cute beaks, stocky bodies, and a funny walk. However, what they are less known for is their transformative contribution of an entire barren continent.

According to a National Geographic piece, the next big thing that will change the face of Antarctica (right after global warming, of course) is penguin poop. The author and the two accompanying biologists came up with this theory on Danco Island, whose bare, rocky northwestern part is populated by between 500 and 1,000 gentoo penguins.

It might seem far fetched, so let’s break down the argument put forward by the same article. Say, 500 penguins have pooped on the island 100 days per year, for the last 5,000 years. Since typical Gentoo excretes about 30 millimeters of poop per day, this means about 3,000 of poop each year, or 16 million pounds over 5,000 years. Meaning thousands of plant nutrients like nitrogen and phosphorous, which would never have gotten on the Island otherwise.

This, in turn, can lead to the development of new types of plants and animals that, as temperature rise, can bring even more newcomers. It’s a fragile ecosystem, and since nobody can stop another living being from pooping, will continue to suffer from the effects of global warming. As well as the fact that penguins are slobs.

2. There is Such a Thing as Poop Transplants

This is probably one of the weirdest sentences ever written ever. However crazy this might sound, research is increasingly adamant about the effectiveness of poop transplants when it comes to treating C diff – aka the harmful bacteria that can develop in your intestines when the beneficial bacteria are no longer present.

The formal name of this medical procedure is fecal transplant, at it works exactly as one imagines – it involves taking a person’s healthy poop and putting in someone else’s G tract.

Controlled studies have shown that fecal transplants enjoy a success rate of around 90%, which is higher than any antibiotic. As effective as it is, researchers are currently looking for more subtle and non-intrusive ways, like using frozen poop or ingesting oral pills. Just putting poop and pills in the same context is gag-inducing, but hey, if it works, it works.

Let’s see next other fun facts about poop, in case this one made you frown a little!

Imagine this scenario: you wake up in the morning ready for a new day at the office, dress up, head outside and you see your car covered in bird poop. In fact, you don’t even have to imagine it – chances are, it has already happened to you.

But what if we told you that the white spots are not exactly poop? Well, to be more exact, it’s not 100 % poop.

The white stuff that you see on your car every morning is actually uric acid, which is basically the bird equivalent of urine.

Birds secrete this substance along with the feces, which explains the gross whitish color that ruins the aspect of your precious car. So now you can go on about your day with the knowledge that birds not only poop on you, but also pee. Yet another reason to hate pigeons.

4. People’s Poop is Influenced by Geography

This might not be such a big surprise – after all, different diets lead to different types of poop. But Dr. Robynne Chutkan says that the feces produced by people from the developing world are noticeably different than those of the people from the Western World. This is mostly because the latter contains much less fiber.

A fiber-heavy diet, which is specific to developing countries, leads to denser, bulkier poops, which are more easily passed by the system. In contrast, western-style stools are softer, and the colon has to work twice as hard to push them out.

5. The Poop Game Is Strong in the Animal Dating World

…is a sentence you don’t hear so often. Apparently, poop is a big turn-on for some members of the animal world. Fruit flies, for example, attract potential mates by popping in strategic locations.

According to a study published in Current Biology, several Japanese scientists have discovered that fruit flies communicate through pheromone-laced feces. They discovered that poop-laced locations (gross, we know), are stronger attractors for fellow flies than, you know, the flies themselves.

If you thought this was gross, wait until you hear about the hippos. There’s a reason why hippos always stay in the water. First off, the water prevents the female from getting crushed by the extreme weight of the male hippo during sexy times.

As for the mating ritual, hippos go the extra mile – they not only mark their territory by defecating, they also urinate. Looks like hippos aren’t so cute after all.

If you want other fun animal facts besides fun facts about poop, check out this long but highly entertaining article on animal kingdom facts that would surprise even the biggest animal lovers!

Wombats, a burrowing animal native to Australia, is perhaps best-known for being the inspiration behind the name of the English rock band The Wombats and being, well, quite cute.

But besides their affinity for English pop-rock and making people melt, there’s something else you might not know about these adorable little animals. Wombats are the only animals in the world that produce cube-shaped poop.

Just to clarify one thing: no, the poop is not cubic because the wombat has a square-shaped anus, but rather because it has a very long and slow digestive process. The digestive process takes between 14 and 18 days, which is enough time for the digestive matter to become dry and compacted.

Another explanation for the peculiar shape is the shape of the wombat’s intestine. As the food is digested and it moves through the gut, the pressure from the intestine sculps the feces into cubes. Wombat intestines have evolved to an irregular shape, with two distinct ravine-like grooves where the intestine is stretched – which some experts believe is partly responsible for the cube-shaped poops.

There’s another, less studied (but entirely plausible) theory on why wombats poop cubes. The odd shape of the cubes might have a practical explanation, as wombats build poop walls to communicate with each other, as they have poor eyesight and rely a lot on their olfactory senses. Gross, but still kinda cute if you don’t think too much about it.

Do you still want more fun facts about poop? Continue on your own peril!

7. Astronauts Have Some Weird Toilet Habits

If you ask any kids what they want to become when they become older, 90 % of them will probably respond enthusiastically with ‘’astronaut!’’. However, life in space is not a walk in the park – mainly because astronauts have to ‘’relearn’’ their toilet habits.

While urinating in space is as simple as doing such a thing in zero-gravity conditions can be, going number two is a whole different story.

Peggy Whitson, the American who spent the most time in space (665 days) told Business Insider that ‘’’Number two… is more challenging because you’re trying to hit a pretty small target’’. That target she’s referring to is a bag.

After doing their business, the poop is sealed in a plastic bag and disposed of when convenient. When the bag is too full, astronauts have to pack it down while wearing rubber gloves.

So what did we learn from these fun facts about poop?

We didn’t only have fun with these fun facts about poop but also learned that even the most tabu of our bodily functions play important roles in the animal world.

Being an astronaut is not as idyllic as one might have thought. Still, I hope you will find it in your heart to share these fun facts about poop with your friends and fight to eliminate the stigma around pooping.