The US Centers for Disease Control and Prevention issued a report putting two new antibiotic-resistant superbugs on the “urgent threat” list that were not previously included in the 2013 report. These bugs kill around 35,000 Americans each year and things seem to snowball to the worse.

What Are the New Superbugs and Why Are They So Dangerous?

The new report issued by the CDC on Wednesday lists five antibiotics-resistant superbugs on its “urgent threat” list. Among them, two are new and lethal. The problem is that nobody ever mentioned them or thought about them when the agency issued the last report on antibiotic resistance (2013).

more than 2.8 million antibiotic-resistant infections occur in the U.S. each year, and more than 35,000 people die as a result.

Moreover, the CDC also reported that these superbugs developed great skills in outsmarting antibiotics and the conventional treatments we use.

The two new germs that are lethal and impossible to counter, according to the CDC are:

Few people know about C. difficile – besides that it recently killed one person one week post-infection – but Candida auris made the news earlier this year. The CDC reported that this fungus sickened around 600 people in the last years. In patients with weak immune systems, C. auris can be deadly.

According to statistics, C. difficile lead to almost a quarter of a million hospitalizations and almost 13,000 deaths in 2017. As for Candida auris, the CDC didn’t even have it on its radar five-six years ago.

The problem with these new superbugs (all five of them that made it to the “urgent list”) is that they can be anywhere in the community. While the superbug infections in hospitals decreased, according to the report, the community spreading and infections increased, making it a very threatening public health matter.

According to CDC expert and senior adviser on antibiotic resistance Michael Craig,

This is a problem that ultimately affects all of us. It literally has the potential to affect every person on the planet.

Back in the day, when superbugs roamed the world less freely, they could only have devastating effects on the elders, people with weak immune systems, and people with a frail state of health. However, given the severity of the antibiotic resistance threat in the United States, these killer superbugs could attack anyone. 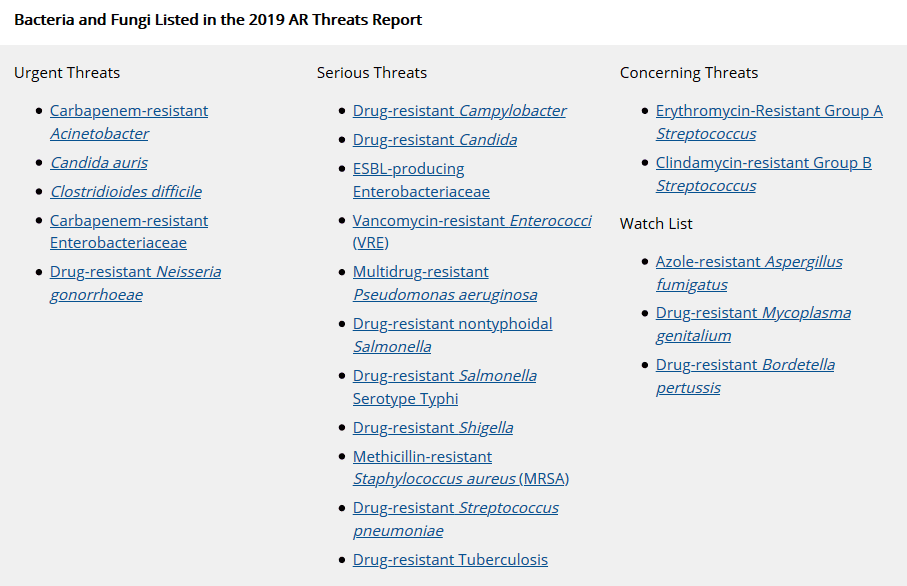 Hospitals Have Come a Long Way in Preventing Superbugs Infections, But More Work is Needed

It is clear that some progress is visible and uplifting. According to the 2019 report,

CDC recognizes that hospital prevention programs have already seen successes, reducing the number of antibiotic-resistant infections that start in hospitals by more than 27 percent from 2012 to 2017. Nonetheless, without continued action and vigilance these gains will only be temporary.

However, the new superbugs keep everyone on their toes because they can teach each other how to become even more resistant to antibiotics.

The emergence and spread of new forms of resistance continues to alarm CDC experts, especially resistance shared among germs through genetic mobile elements (antibiotic-resistant germs can share their resistance genes with other germs and can make them untreatable).

It’s not just new antibiotics that we need. We also need new vaccines, new diagnostics and other new tools to help doctors better treat their patients or better prevent infections in the first place. 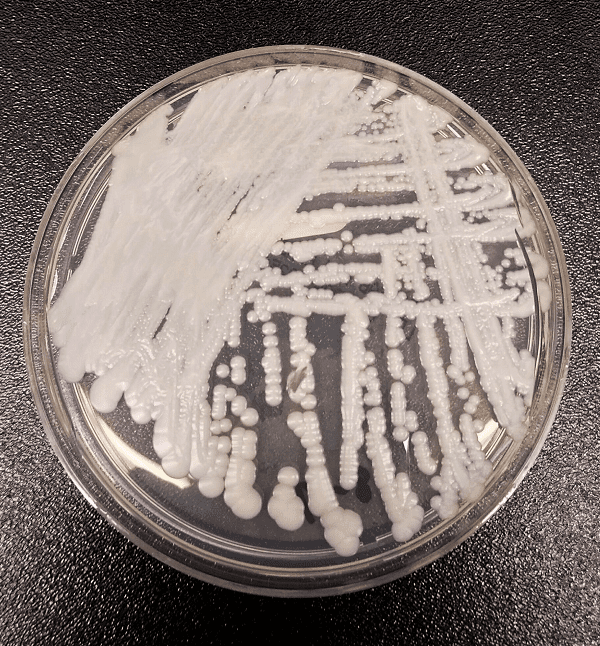 Those of you who have the patience to read the full CDC report will understand that the antibiotic resistance and the resilience of these deadly superbugs is a man-made problem created by us. Moreover, the CDC warns – again – that we should not treat viral infections (like the common cold) with antibiotics.

One would think that this is common sense and common knowledge. And yet, in a world where we are able to treat and cure Ebola or use genetic engineering for the early detection of HPV, we still abuse antibiotics for minor illnesses or diseases that need a completely different medical approach.

Just like the CDC experts say, let’s hope that this man-made problem will find a man-made solution and soon.