We all know DNA and its cousin RNA are responsible for storing genetic information and enabling life as we know it. But what if there were more than a million other genetic molecules that could do the same thing?

When It Comes to Genetic Molecules, DNA and RNA Are Not Alone, Just Like We May not Be Alone in the Universe After All…

A new study published in the Journal of Chemical Information and Modeling suggests that there may be over one million chemicals – genetic molecules look-alike – that might encode biological information just like DNA and RNA do.

Scientists from the Earth-Life Science Institute (ELSI) at the Tokyo Institute of Technology, the German Aerospace Center (DLR) and Emory University developed a complex computer model to explore the “chemical neighborhood” of nucleic acids (DNA and RNA) doppelgangers. The computational framework revealed that there might be millions of such genetic molecules that we know nothing about.

In a statement, professor Jim Cleaves of ELSI said that

There are two kinds of nucleic acids in biology, and maybe 20 or 30 effective nucleic acid-binding nucleic acid analogues. We wanted to know if there is one more to be found or even a million more. The answer is, there seem to be many, many more than was expected.

The major scientific breakthrough here is that while we know about the existence of other natural and man-made genetic molecules able to mimic the fundamental structure and functions of DNA, nobody has ever tried to count them before. Now, with this new theory of “over one million,” chemistry and biology open new doors to amazing (and even futuristic) research.

How Are These Possible Genetic Molecules Able to Change the Game Completely?

Despite the wide variety of organisms roaming the Earth, one of the most remarkable things that still baffle biologists and chemists alike is that biology basically uses only DNA and RNA to create, encode, and perpetuate life. In this framework, the possible existence of one million other similar molecules begs a handful of questions:

According to the authors of the study, this discovery – even if only a computer model so far – offers answers to questions that kept scientists awake at night for ages.

While one of the hottest debates is “Which came first into being, RNA or DNA?”, now the question becomes “What are these look-alike molecules and what information do they keep?”

In the same statement, Dr. Jay Goodwin, a chemist with Emory University said that

It is truly exciting to consider the potential for alternate genetic systems, based on these analogous nucleosides – that these might possibly have emerged and evolved in different environments, perhaps even on other planets or moons within our solar system. These alternate genetic systems might expand our conception of biology’s ‘central dogma’ into new evolutionary directions, in response and robust to increasingly challenging environments here on Earth.

However, these molecules may play even more important roles than hypothesizing alien life. They may open the door not only to new drugs, but to more advanced genetic engineering than we currently have. 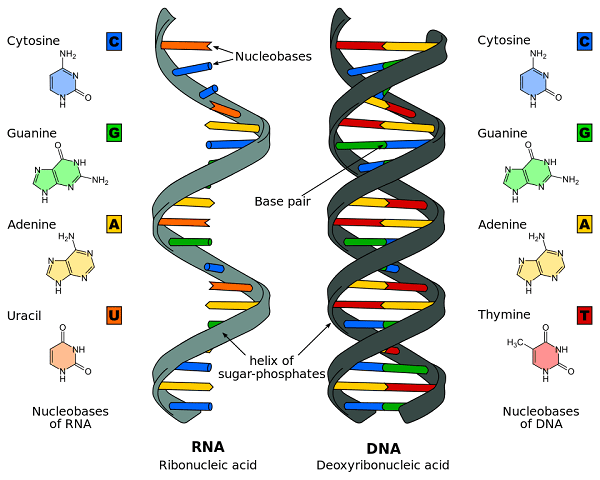 Alien Life, New Drugs, and Some Sci-Fi to Boot

The possible existence of such genetic molecules may explain the existence of alien life that we never found because it featured an “alternative genetic system” we know nothing about.

However, the most important issue related to this discovery is the new open playing field for pharmaceutical research. Some of the most terrible and terrifying viruses on this planet use nucleic acids to store their heritable information and proliferate. For this reason, most treatments for HIV, herpes and viral hepatitis use anti-viral drugs, which, in turn, are nucleotide (or nucleoside) analogues. Some cancer drugs are also nucleotide or nucleoside analogues, because some cancer cells copy nucleic acids in aberrant ways.

What does the possible genetic molecules mean for the pharma field? The answer is simple – at least in theory. Having access to a wide database of genetic molecules acting like DNA and RNA, medicine and drug developers could find potential DNA analogues to use as weapons against some of the most terrible diseases plaguing humankind.

Now that science knows about the existence of these look-alike molecules, it can start testing them in the lab. Upon testing and understanding how they function and why they function one way or the other, science can finally put to rest not only HIV or cancer, but other nucleic acids-linked diseases that have no current course of treatment today.

Co-author of the study One Among Millions: The Chemical Space of Nucleic Acid-Like Molecules, Dr. Pieter Burger, also of Emory University, draws the only possible (and hope-boosting) conclusion:

It is absolutely fascinating to think that by using modern computational techniques we might stumble upon new drugs when searching for alternative molecules to DNA and RNA that can store hereditary information. It is cross-disciplinary studies such as this that make science challenging and fun yet impactful.

It Begs the Question, Doesn’t It? Where Does CRISPR Come Into Play in this New Framework?

Science still has a lot to discover about how DNA works. Now, it has its plate full with another million of genetic molecules ready to take the limelight.

Given the fact that we recently reported that E-CRISPR may become a useful tool to diagnose HPV, while CRISPR in general cuts “bad” DNA portions to prevent and cure diseases, the next thought-provoking challenge is at follows:

Could we live in a future where genetic engineering could also include some of these new genetic molecules besides DNA? And where could such open doors lead?