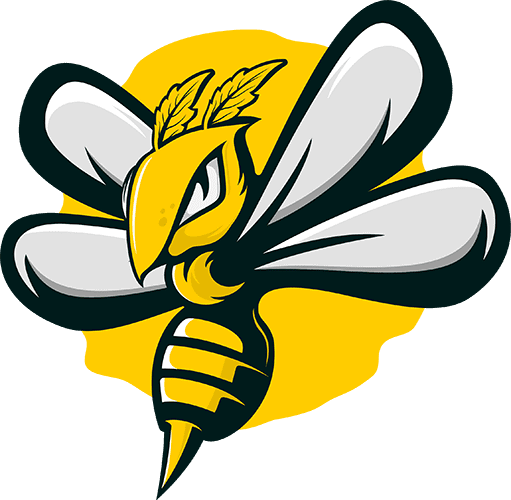 Wasps just want to watch the world burn, and everyone knows it.

Unlike bees, who merrily explore their surroundings and pollinate flowers, all wasps seem to want to do is ruin our day. Wasp eggs are the stuff of nightmares and we will explore this issue in a moment!

Weirdly enough, they are. Even though most people firmly believe in a profound inutility of wasps, they do play a key role in the environment, keeping the number of pests in check. These aggressive pretend-bees fertilize flowers as well, that is when they’re not to busy invading our picnics and destroying orchards.

Wasps are actually quite fascinating creatures on some level. They live anywhere but Antarctica, and they don’t lose their needles when they sting you. Plus, the scent of their venom drives other wasps mad, so you can’t really kill one without consequences.

These facts are more so horrifying than they are fun, but they’re interesting nevertheless. In a nutshell, wasps are as loathsome as flying insects come, and their sting hurts like mad. But it seems that no other species is as ruthless as the beewolf, especially when considering recent findings.

Wasp Eggs and Deadly Gass: Wasps are Deadly Even Before Hatching

According to University of Regensburg biologist Erhard Strohm, who has been studying these vicious little guys for over 30 years, their eggs release a deadly gas as a means of protection and sanitation. He happened upon this discovery in the lab while investigating their parasitic reproductive cycle. And boy, what a delight that was!

Also known as bee hunters or bee killers, this species of wasps are notorious freeloaders. Their carnivorous larvae feed on, you guessed it, bees after hatching from their eggs. They excavate tunnels in sandy banks with small outpockets at the end. That is the place where their young develop, and where they consumed the paralyzed bees brought by the adult digger wasp.

As if it wasn’t enough that they literally kill bees, it seems that wasp eggs also stink. As Strohm explains, a strong chlorinated odor similar to that of a swimming pool spread from the egg observation when he opened it one day. When he and his colleagues decided to dig deeper into the matter, they discovered that the eggs themselves were emitting the smell in the form of nitric oxide.

It appears that the beewolf’s spawn is defending itself from the destructive impact of fungi with the gas. The brood cells where wasps lay their eggs are notoriously dark and damp, which makes them both great for hiding and prone to mold growth. Thus, digger wasps aim to be more than just the star of a popular Japanese desert. They’re training to become indestructible.

Perhaps the cleverest thing about this is that they use this specific gas, which fungi find particularly hard to synthesize. Parasitic mold growths can generally handle a wide variety of chemicals intended to kill them, but nitric oxide isn’t one of them. This is particularly surprising when you think about this gas and how it exists in human tissue.

However, beewolf eggs spew it out at rates that are four times higher than its natural occurrence in our bodies. So, there you have it. There is a frighteningly resilient species of wasps out there that fumigates its nurseries to ward off danger.

Not to mention that the bees adult beewolves collect for their young are also embalmed with a fluid that keeps mold from growing on them. Although the phenomenon still needs to be researched, it seems that this insect managed to successfully identify one of its main contenders and eradicate it almost completely. Isn’t that a fun thought?