Meet “The Blob”: The Slime Mold that Learns Without a Brain 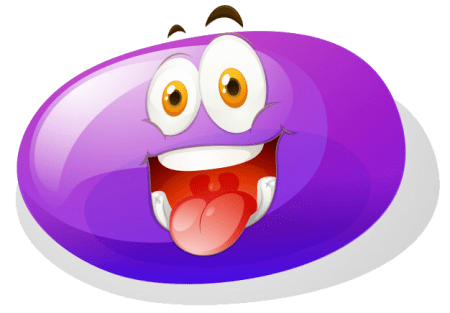 The Paris Zoological Park has unveiled a few days ago their most recent addition to their exhibits, Physarum polycephalum, nicknamed “The Blob”. This slime mold can learn and behave without a brain.

This unusual creature has stirred up a lot of interest due to its seemingly bizarre capabilities. The slime mould, a single celled organism, is capable of learning despite lacking a brain and nervous system. It can cleave itself into separate organisms and merge itself back together, and if that wasn’t enough, it also throws over 700 sexes into the bargain.

What is This Slime Mold Blob?

We know we have talked about a bunch of weird animal facts so far, but this one takes the cake and runs with it.

‘The Blob’ is one of the very few unicellular animals that can be seen with the naked eye. While it is easy to mistake it for a plant, animal or fungi, it is none of the above. P. polycephalum belongs to a more primitive group known as Protists. These are not organisms that we generally see on a daily basis and this can make it seem like an alien creature.

The slime mold can split itself into separate organisms, head off in different directions in search of food and reabsorb itself later. It also reproduces in a similar way, when the cell is in its motile stage – known as “swarm cells”.

Try Wrapping Your Mind around This!

They will find a compatible mate and merge. Their compatibility lies in three genes which vary in size and number of regions known as loci. The number of different combinations these loci can have when merging and reproducing is around 720.

These are considered as the different sexes of the slime mold. Where we have only 2 sexes – male and female, the slime mold has 720. So, how that mind-wrapping go for you so far?

Many of these seemingly alien abilities lie in its misrepresentation as to a multi-cellular organism. For a plant or animal, this would be a terrifying concept – like something from a (horror) movie. For a cell, this is pretty common.

They split into two identical cells and will engulf other cells all the time, we just don’t see it without a microscope and their 720 sexes lie in genetic combinations. It may seem to take the mystery out of the slime mold, but it’s still interesting none the less.

How is the Slime Mold Intelligent without a Brain?

The real mystery of this creature lies in its seemingly intelligent behaviour and its ability to learn. As a cell, it has no brain and no form of nervous system at all. These are usually the basic needs to learn and behave, but not with this slime mold.

Researchers in Japan have shown that it can anticipate changes in its environment.

Rhythmically changing the environment – such as periods of dryness or electric shocks –, showed that “The Blob” was able to anticipate these changes and prepare for them. 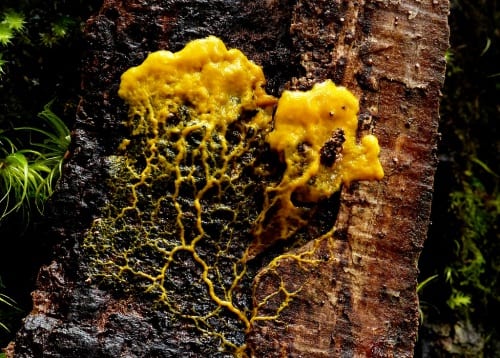 What Else Can The Blob Do?

The same research team has also shown that “The Blob” is able to branch out for food in such an efficient manner that it resembles human transport systems. It “calculates” a central point that can branch out equally to multiple food sources.

When food was placed on a replica map of Tokyo, “The Blob” reached out in a way that was strikingly similar to the Tokyo train network. This is a transport system that has been meticulously planned by engineers, yet this seemingly primitive organism can do it instinctively.

Another experiment demonstrated that the slime mold can solve a maze – in a sense. When placed at the entrance of a maze, the slime mold will fill up the entire maze to find the food source. When found, it will contract so that its body lies in the shortest path between the entrance and the food.

All Hail The Blob!

It is easy to see why “The Blob” has been a much-anticipated addition to the Paris Zoological Park. Slime molds are not often seen as an interesting exhibit at a Zoo, but the slime mold has truly earned its spot. Specialists hope that its presence will bring more interest and awareness to Protists and lower life forms than what is usually seen in Zoos.