The Weather Channel recently reported that the eye-burning air pollution was so terrible in New Delhi, 30 flights had to be diverted. The damage of hazardous smog to lungs is estimated to be similar to smoking somewhere between 33 to 50 cigarettes a day. While it affects every person, the most vulnerable populations are children and elders.

This haze sadly isn’t new. A mix of natural weather factors, man-made factors, and geography of India has accumulated to the worst smog in the past three years. Current Chief Minister of Delhi Arvind Kejriwal likened the conditions to a “gas chamber.”

The city government does what it can. They restrict even-numbered license plates to driving on even-days of the month. They shut down schools and colleges. They cancel flights. City-wide construction is halted to prevent increased particles like dust into the air. With 29 million people and industrial companies along the outskirts of the city, it proves hard to control.

Other anthropogenic factors abound in contributing to the issue though. Niha Masih, journalist for The Washington Post, shares with NPR that during the onset of winter, farmers burn the last of the crops since it is the cheapest way of getting rid of it. Since agricultural towns surround New Delhi, weather systems can blow smoke from far off into the city. 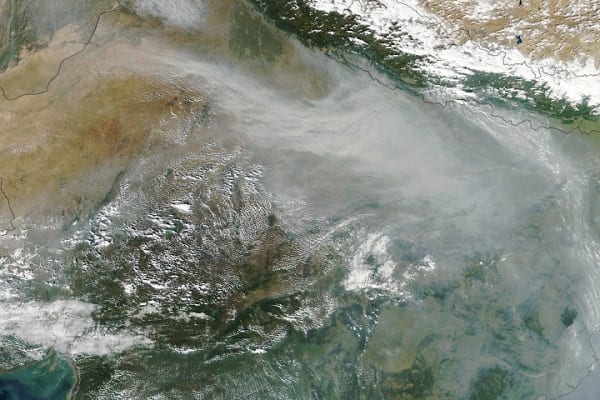 What Is In Air Pollution?

Pollution indexes rely on Particulate Matter (PM) measurements, consisting of complex solid and liquid particles suspended in the air. PM contains harmful chemicals like sulfate, nitrates, ammonia, black carbon, and mineral dust. These compounds can be so minuscule, scientists and health officials measure them in microns.

PM is typically measured in two sizes, 10 or less microns (≤ PM10) and 2.5 or less microns (≤ PM2.5). The width of a strand of hair typically is 75 microns. These microscopic particles can lodge deep into the lungs , causing further damage and even lung cancer. While WHO states that there has been “no threshold [identified] which no damage to health is observed,” they do report recommended guidelines for safety.

As the name implies, the Air Quality Index (AQI) reports daily the overall quality of clean or polluted air around a sectioned area, like a city. The higher the AQI value, the greater the level of air pollution and the greater health concern.

Many countries measure outdoor air pollutant levels, but each country’s “severe” index may look a little different. For the United States, the maroon “Severe” category occurs at 300-500. For India, the maroon “severe” is denoted at 400-500. With both indexes, 0-50 is “optimal” and 51-100 is “satisfactory.” 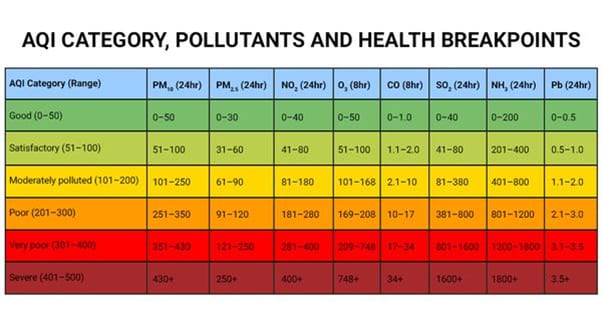 #DelhiAirEmergency
Please treat it like an emergency of the highest order. Not less than a nuclear attack. Clean air is everybody's right. Artificial rain hi kara do 😔 pic.twitter.com/RlLYd06uIl

Am I at risk in [Insert City Name Here]?

While now unusual in the United States, some counties with the largest populations remain below national standards, such as Houston and Los Angeles. Climate change is expected to exacerbate the air pollution issue. 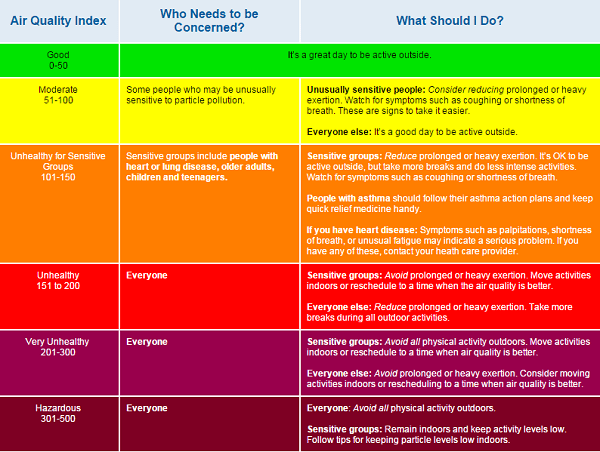 The American Lung Association suggests some of the best ways to protect yourself from unhealthy air is to check air pollution forecasts at airnow.gov and decrease your exposure to carbon emissions such as carpooling with neighbors and avoiding high vehicular traffic areas.

When all is said and done, being cognizant is just as important to your health as not touching a cigarette.