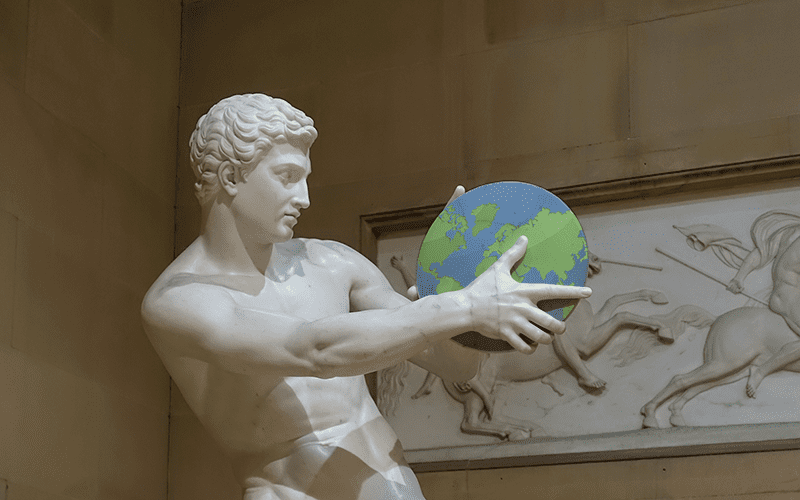 The official website of the Flat Earth International Conference has just announced their “biggest, boldest, best adventure yet”– a cruise.

The Flat Earth Cruise 2020 will boldly go where no other flat earther has gone before – on a transportation vessel that uses GPS (aka the global network of satellites that orbit our planet) to orientate itself.

What Do Flat Earthers Believe?

We shall start with a disclaimer. The Flat Earth International Conference is in no manner or form associated with the Flat Earth Society. Or at least that’s what they say on their website. What’s the difference you ask? We don’t really know, but it is obvious that both groups adhere to the same main belief – that the Earth is totally and definitely not a sphere.

Now, the true shape of our planet seems to be, according to members of this group, in fact, a discus. However, they “weren’t born into this way of thinking”, they did study science in school, they were shown evidence, but alas, an explanation exists for why the Earth is the only planet shaped like a discuss while all others are spheres.

According to them, “extensive experimentation, analysis, and research” concluded that the Earth is, basically, a plate-shaped planet. So why don’t cats push everything off the edge? Because Antarctica works as a wall of ice that surrounds the entire, , frisbee? We’re not sure whether there are any White Walkers beyond the wall or a secret society guarding the world stray square-shaped meteors.

Where Will the Cruise Go?

Details have not been released yet, but, seeing as all the 2019 events are taking place in Canada, it’s safe to say that the adventure will start out in the Great White North. Seeing as it’s their “biggest, boldest adventure yet”, they may actually be setting sail towards Antarctica, or, as they prefer to call it, where the world ends.

Are They Aware that Cruise Ships Use GPS Technology?

Alas, we still can’t give you an exact answer. What we can say is that, according to their website, they believe that all material evidence that the world is a sphere has been fabricated by the government. It’s still inexact if they refer to the government of the United States exclusively or if this thing goes deeper and all the countries with an existing and functioning space program are in on the lie.

Now, in case there is any doubt on why it’s ironic that are going on a cruise (sorry, but I do feel like an additional explanation is required if such a thing as a Flat Earthers International Society exists in 2020), let’s look at the bare facts.

Since 2015, cruise ships are required to carry only the latest in electronic navigation equipment. Though there are a handful of options when it comes to the actual navigational system used by ships, the gist is, all the data is collected from various satellites that are circling the globe, constantly collecting and sending information.

Even if they somehow manage to get approval to use an vessel captained by an old sea bird that still uses a sextant to navigate, they would still rely on the stars to navigate.

With members all around the world, flat earthers cannot be convinced by evidence supporting the theory according to which the world is, indeed, a sphere. The world is currently holding its breath till 2020 to see their reaction when, while sipping on drink on the deck of a fancy cruise ship, the members of the group will witness the curvature of the planet.

Just so we’re clear, reason has left the planet a long time ago, it has burned at the stake with Galileo we’re, or, at least, I’m not waiting for them to have a revelation. I’m just really curious on what explanation they will come up with when they will witness first hand the so-called CGI produced or fish-eye photos produced by the government.