Science Proposes A Fifth Force of Nature and It Changes Everything

The fundamentals of physics rely on the existence of the four universal forces: gravity, electromagnetism, the weak nuclear force, and the strong nuclear force. A team of Hungarian scientists announced they may have found the fifth force of nature. It may connect the visible, “real” world with dark matter.

The Fifth Force of Nature: A Game Changer on How We Understand the Universe

In 2016, a team of scientists at the Institute for Nuclear Research at the Hungarian Academy of Sciences published a paper dealing with the likely existence of a new particle – X17. The boson behaved strangely, but the world of physics assumed experimental errors and moved on. With a few notable exceptions.

Recently, the same Hungarian team repeated the experiment and nobody can deny the results anymore. They may be on to something. The bizarre hypothetical particle may be the key to the unraveling of a fifth force of nature.

As a result, the Hungarians may be on their way towards a “no-brainer Nobel prize.” At the same time, physicists around the world try to recreate the experiment and change the way we deal with the world forever. 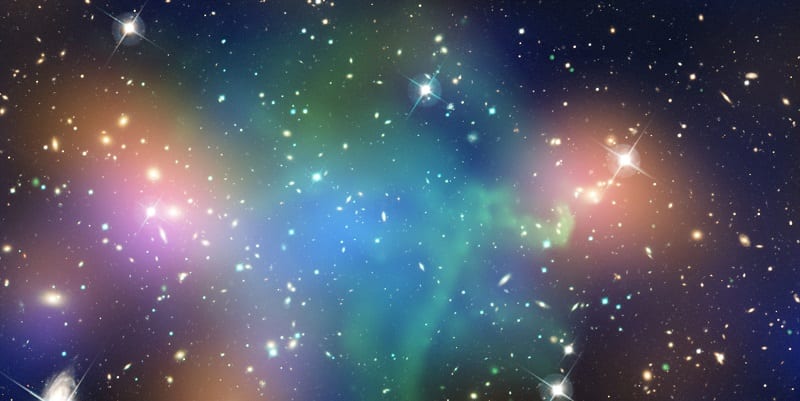 These days, physics seems to be the most exciting science field to work in and love. From theorizing the existence of a new state of matter to the proposal of a fifth force of nature, physics does not let science buffs get bored.

A Bit of X-17 Particle History

Back in 2016, the Hungarian science team led by Attila Krasznahorkay was observing how an excited helium atom emitted light as it was decaying. To their surprise, the particles split at an unusual 115 degrees angle. Regular physics could not explain this anomaly back then. Therefore, many scientists considered the discovery to be the result of an experimental error.

However, a professor of physics and astronomy at the University of California at Irvine – Jonathan Feng – felt the Hungarians were on the right path. As a result, he started watched the team closely. He believed that if scientists could replicate the results, such discovery would change the very matrix of physics forever.

The Numbers Are In

This year, the Hungarian team built on the 2016 results with a different atom. They tested another isotope, beryllium-8, as it decayed down to a ground state. As a result, they found that these particles also split at unusual 140-degree angles.

Feng’s team of nuclear physicists also published a paper on the heels of the Hungarians’ data. They acknowledged the fact that we could be on the brink of an epic discovery. The X-17 particle and a fifth force of nature may be the biggest breakthrough in physics of our lifetime.

What Is the Fifth Force of Nature?

Many teams of physicists put the initial Hungarian results to the test and came empty-handed for errors. Moreover, Feng’s own team compared the Hungarian experiments “with every other experiment that’s been done in the history of physics.”

The conclusion is that the only way science can explain the X-17 existence and behavior is this new “fifth force.”

Jonathan Feng hopes other physicists will soon replicate the experiments with another atom besides helium and beryllium. If they succeeded in achieving the same results related to the X boson, Feng thinks

“that would blow the cover off this thing.”

Albert Einstein had a dream he could not, unfortunately, live during his lifetime: the unified field theory. It is the very Holy Grail of physics. Discovering bosons and new particles is the playground of physics these days, but the unravel of a new universal force and harnessing its power is the challenge of all modern physicists.

If we understood this fifth force of nature, we would be a step closer to understanding how the universe and the very fabric of reality work. According to Feng, however, we should not stop at the fifth.

Humankind’s science may even discover more universal forces that would finally fill in the greatest puzzle humanity has been trying to decipher since ancient times: how and why are we here and what else is out there.