Fossilized Feathers of Polar Dinosaur Found in Australia. Wrap Your Mind Around THAT!

You could consider Australia the home of everything weird and you wouldn’t be wrong. But the continent managed to up its ante recently, as scientists analyze fossilized feathers coming from meat-eating dinosaurs that had to survive harsh colds and months of polar darkness.

Let’s begin by talking about an ancient (and by that we mean around 118 million years old ) shallow lake that lay quite close to the South Pole during the Dinosaur Age. Now, we know the lake as Koonwarra, Australia. The region is famous for its geological reserve and feathered dinosaur fossils are nothing new to paleontologists. Nevertheless, this discovery is unique in the world.

Let us explain. Feathered dinosaurs are legendary, but experts found their fossils only in a handful of sites worldwide. Such treasures are extremely rare in the Southern Hemisphere. Moreover, when found, such fossils only contained isolated feathers.

The Polar Dinosaur with Hair-Like Feathers

The team also discovered wing feathers from primitive birds. In the case of the birds, the feathers might have been useful for flying. But in the case of dinosaurs, the primitive feathers played most likely the role of insulation.

Why Are the Koonwarra Feathers of the Polar Dinosaur So Important?

According to Uppsala University’s Benjamin Kear, one of the leading authors of the study published in the journal Gondwana Research, who also issued a press release,

Dinosaur skeletons and even the fragile bones of early birds have been found at ancient high-latitudes before. Yet, to date, no directly attributable integumentary remains have been discovered to show that dinosaurs used feathers to survive in extreme polar habitats. These Australian fossil feathers are therefore highly significant because they came from dinosaurs and small birds that were living in a seasonally very cold environment with months of polar darkness every year.

The discovery of ‘proto-feathers’ at Koonwarra therefore suggests that fluffy feather coats might have helped small dinosaurs keep warm in ancient polar habitats. 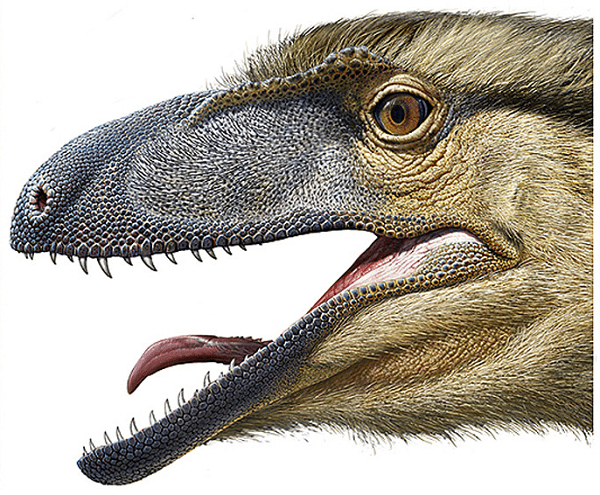 What Else is Special about This Australian Polar Dinosaur and Its Feathers?

So far, we understood that a feathered polar dinosaur is a rare sight in Southern Hemisphere. Moreover, the hair-like feathers acted as insulation against the cold, according to scientists. But what other things make this discovery particularly important for paleontologists?

The answer comes from the cutting-edge technology used to analyze the fossils. The advanced microscopic and spectroscopic techniques employed by the experts revealed that the feathers also featured cellular structures containing color pigments (melanosomes).

What Color Was the Polar Dinosaur?

The melanic residues are not rare, however. Paleontologists have found them in fossils across the world and acknowledge them as dinosaur coloration.

In the case of the polar dinosaur of Koonwarra, scientists found densely packed melanosomes, suggesting dark coloring. Most likely, it was useful for camouflage, heat absorbance in the cold polar environment, and even for visual communication. 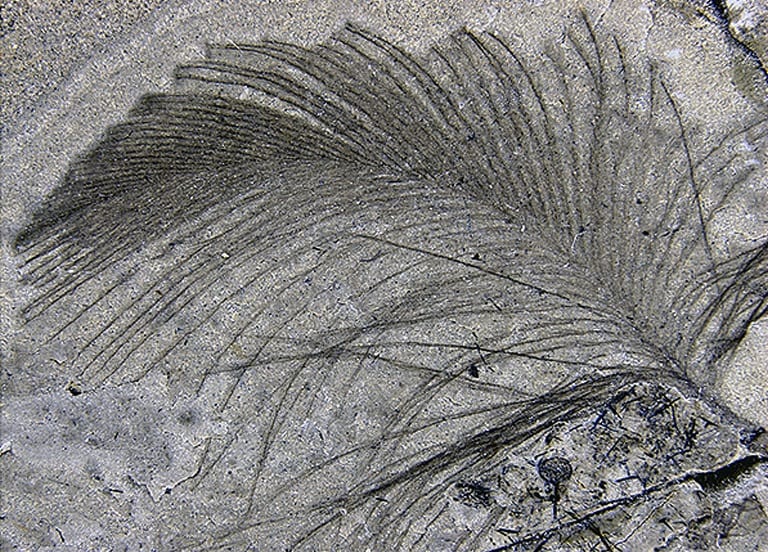 So What Does the Polar Dinosaur Fossils Tell us About the Age of Dinosaurs?

We have still a lot to learn and discover about the Age of Dinosaurs. However, the findings at Koonwarra shine some light we can use to explore further. According to the Uppsala University,

The Koonwarra fossil feathers provide the first record of dinosaur integument from the ancient polar regions, and hint what was once a global distribution of feathered dinosaurs and early birds.

In other words, the more we unearth and analyze with our modern technologies, the more we learn about an age long-gone that still sparks debate and ignites humankind’s imagination.

For all our Australian friends out there and all science buffs happening to visit Melbourne, you should know you can see some of the fossil feathers found at Koonwarra with your own eyes in the “600 Million Years” exhibition at the Melbourne Museum!