All pet owners know their dogs can hear and sometimes understand what people say. It’s common knowledge that most dogs listen to our conversations. Now science agrees as well.

Do Dogs Listen to Our Conversations?

Of course they do! They might not understand fully what we talk about, of course. However, if you had a dog long enough, you know it is an active listener. Some of them even understand the words, even if we don’t speak them in that baby tone we usually use with pets.

Now science comes fast from behind to settle things once and for all. A team of cognitive biologists at the University of Sussex wanted to learn whether pet dogs recognized the same word when spoken by different people, including strangers. They learned that dogs can recognize vowels when spoken by different people – even with accents. Until now, science considered vowel recognition was a human-exclusive trait.

The researchers tested 70 pet dogs of different breeds. For each dog, they played recordings of six monosyllabic, non-command words that sound similar, such as “had”, “hid” and “who’d”. For the experiment to work, the scientists used total strangers, men and women of different ages and of different accents. The biologists wanted to know if the dogs could “hear” the different words as being different, despite their phonetic resemblance. 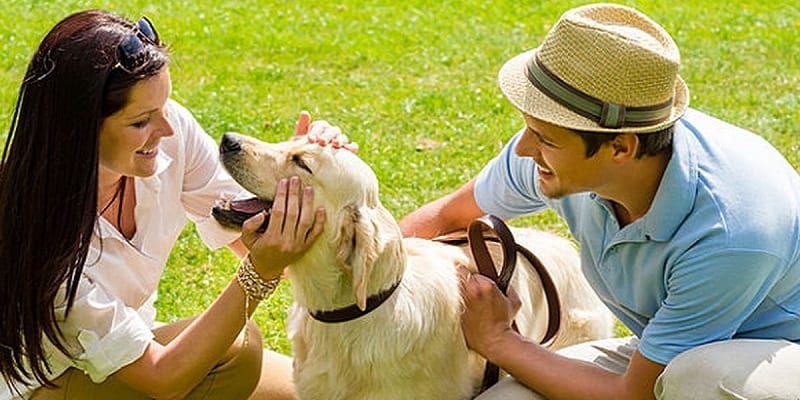 Dogs Can Hear Us. They Might Not Understand or Care Much, But They Hear Us

For some pet owners, this is just preaching to the choir. Dogs definitely understand words, even when they are not the usual commands or spoken in “dog speech.” Nevertheless, the study confirmed what we all knew for a while now.

More than half the test subjects reacted when a speaker uttered a new word or a different speaker said the same word. Out of the 70 dogs, 48 showed that they paid attention when either the voice or the word changed. The other dogs did not respond in a visible, significant way, or paid attention to other stimuli.

The interesting discovery is that the responsive dogs demonstrated visible reactions at the voice or word change. When they noticed the shift, they moved their ears or engaged in eye contact. On the other hand, when dogs heard the same word repeated several times – even if by several different people – they stopped paying attention. This attention discrepancies led scientists to believe that dogs could understand the words and differentiate between them (even if they sounded almost the same).

In other words, with no previous training, the dogs spontaneously detected vowels and understood that such sounds remain the same across a wide variety of speakers.

Dr. Holly Root-Gutteridge, the lead scientist of this study told News Scientist she was

“Surprised by how well some of the dogs responded to unfamiliar voices. It might mean that they comprehend more than we give them credit for.“

Can Our Furry Friends Also Understand Us?

According to researchers involved in the study and the ones checking the results, science cannot tell for sure if the dogs also understood the words or simply heard them. Pet owners beg to differ. Nevertheless, until dog science catches up, we know for sure at least one thing: our buddies listen to us even if when we don’t talk about them or directly to them in dog speech. Some pet owners swear their four-legged family members understand everything, but are too sneaky (or lazy) to join the conversation.

Is your dog listening to you? Does it understand the words you say, even when you don’t say them for its ears only?