Using a cutting-edge approach – donation after circulatory death (DCD) – doctors at Duke managed to transplant successfully a reanimated dead heart. The patient is an adult U.S. veteran. This is the first procedure of its kind in the United States.

A successful heart transplant relies on a healthy, beating heart to pass on from the donor to the patient. Viable hearts typically come from donations after brain death. In other words, a person who has been declared dead but still has a beating heart can become a donor for a recipient in need.

However, this month, doctors at Duke University Medical Center managed to achieve a heart transplant procedure in an adult using a reanimated dead heart. It may sound a bit like a horror story, but, in fact, it is a story about medicine and its never-ending advancements.

The procedure known as donation after circulatory death (DCD) relies on the reanimation of a heart that stopped beating. Cutting-edge medical technology makes it possible, however. The medical world knows this as the TransMedics Organ Care System. Luckily for the patient (a U.S. veteran), Duke is among the five American medical centers that received FDA approval for the OCS clinical trials.

The revival of a heart from a deceased patient and its transplant to a donation recipient is not new. Doctors performed pediatric donation after circulatory death transplants in U.K. and Australia, and even in the United States. However, it is the first time such operation involves an adult patient in America. 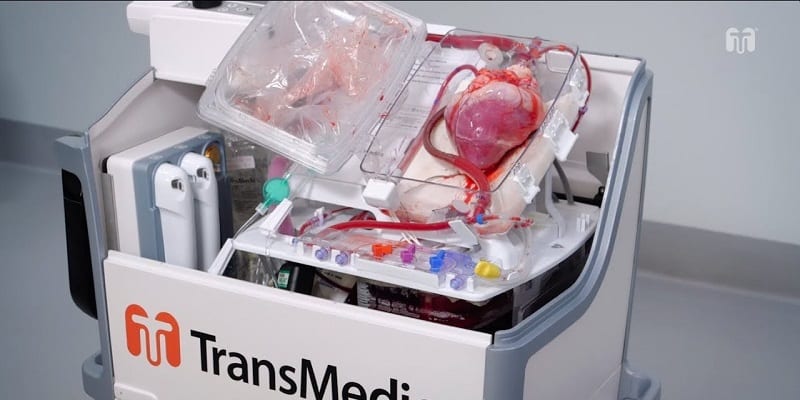 The procedure of transplanting reanimated dead hearts from donors to receivers has its risks and limitations, scientists agree. First of all, timing is of the essence. If the period when the heart receives no blood or oxygen goes over 30 minutes, the operation might turn into a fatal failure.

As doctors at Duke said, the shorter this period the better. On the other hand, to keep this period as short as possible, one needs impeccable hospital setting, logistics, and set of procedures. While not impossible to achieve, it will take a while to fully and successfully implement the OCS.

Nevertheless, the examples of good practices in the United Kingdom and Australia prove that patients on the interminable transplant waiting lists have reason to hope.

According to Jacob Niall Schroder, the director of the heart transplant program at Duke University Medical Center, the DCD procedure could expand the donor pool

“up to as much as 30%, decrease waitlist time, deaths on the waitlist, with excellent survival results.”

Could the DCD Be the Future for End-Stage Cardiac Patients?

Given the risks and limitations of the procedure, not all medical specialists expect the DCD to become a wide-spread protocol in the near future. First, clinical trials need to show irrefutable successful results. Secondly, the logistical issues will make things difficult for smaller medical centers. Thirdly, recovery teams will need proper training and gained expertise. In turn, such requirements lead to logistical and even financial issues.

On the other hand, the patient who received the reanimated dead heart is reportedly in recovery. Let’s all hope we will soon witness more medical advancements to give hope to those who have lost it while waiting in line for their name to come up.