Breast milk? Toe fungus? Pee? Poop? You name it, someone most likely used it to prepare a meal or beverage.

Cooking with bodily fluids is nothing new, as much as we’d like to believe otherwise. Today we’re looking at the seven most interesting instances I could find.

Spoiler alert: they’re all borderline disgusting in one way or another. So please, DON’T TRY THIS AT HOME!

Breast milk is perhaps the most popular bodily fluid when it comes to cooking. Over the course of the last few years, quite a few young mothers came forward and shared recipes in support of the movement. One of them notoriously used it in secret to brownies for a bake sale at her kid’s school, and then didn’t understand why people were upset.

Of course, breast milk brownies aren’t the only food people have made with the stuff recently. It’s not even the only dessert for that matter. A London ice cream shop called Icecreamists made global headlines in 2011 due to its introduction of breast milk ice cream. The main assumption behind this trend is that human milk cooks similarly to that of a cow. 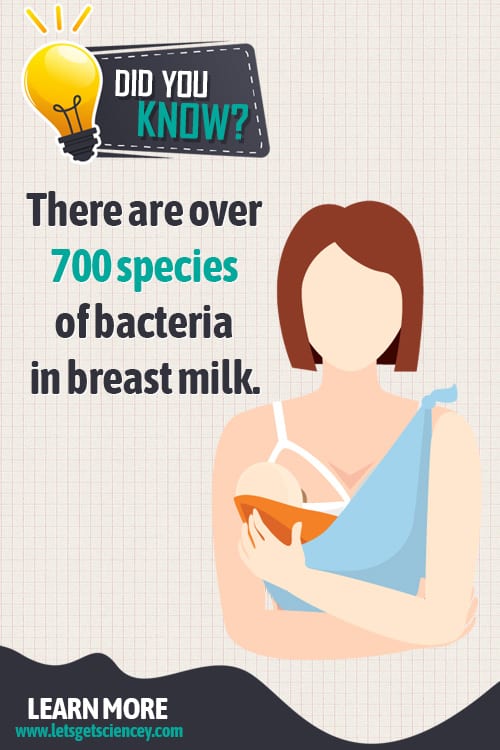 While we’re on the topic of breast milk, let’s take a moment to discuss breast milk cheese as well. Known as lady cheese among fans of the movement, the concept is not a one-time thing. In fact, the last decade or so saw countless iterations of this particular bodily fluid food, predominantly in the United States.

For example, an artist named Miriam Simun put together a temporary art installation in 2011 in New York where visitors could sample a few varieties. The whole thing was called The Lady Cheese Shop (of course).

One year later, a New York City chef by the name of David Angerer pumped breast milk from his wife Lori Mason and served the cheese obtained from it in his restaurant, Klee Brasserie. The dish is called “Mommy’s Milk Cheese”, which is equal parts creepy and endearing. PETA is a huge fan of the idea as a replacement for animal milk, but should that really be an option?

Is cooking with breast milk safe?

According to a study conducted in Cairo in 2005, not really. Human breast milk contains 65% more sugar in the form of lactose, as well as 66% less protein. This affects not only the cooking process but the taste as well. What is more, it might not be particularly safe to feed it to someone other than your baby.

As the U.S. Food and Drug Administration explains, foreign breast milk exposes those consuming it to several diseases, including HIV. In addition to this, it can also contain chemical contaminants in the form of both illegal and prescription drugs. This is why people got angry at that one mom, even though she had a hard time grasping the concept.

In conclusion, ladies, if you find yourself with an extra supply of breast milk, consider donating it to children in need. Stop cooking up crazy recipes and save an infant’s life. The associations in charge of this will know how to keep the process safe for everyone involved.

In 2013, an exhibit entitled Selfmade took the Dublin Science Gallery and the whole world by storm. Thought up by scientist Christina Agapakis and scent expert Sissel Tolaas, the experiment behind it is basically what created belly button cheese, as well as other similar concoctions named after our stinkiest body parts.

Wait, did she just say belly button cheese? What is belly button cheese? If these are the two thoughts running through your head right now, allow me to explain. According to the display’s page, each cheese was made with the help of starter bacterial cultures sampled from the various body parts of several people.

In the world of cheesemaking, it is known that fungi and bacteria go hand in hand when it comes to crafting a delicious dairy product. However, this time around Agapakis and Tolaas collected them from various areas of the human body regarded as unhygienic. This includes toes, armpits, and, you guessed it, belly buttons.

The aim of this project wasn’t gross people out, surprisingly enough. Rather, its purpose is to show us that the same bacteria we try so hard to eradicate from our bodies is responsible for one of the world’s favorite foods. However, museum visitors weren’t allowed to taste the cheese. It probably wouldn’t have killed them, but they didn’t want to risk it.

Gone are the days when society saw beer as a drink reserved for manly men. Nowadays, women are enjoying it more than ever, which prompted a lot of female-oriented booze trends to emerge in the direction of malt liquor. One particular brand saw a disputed opportunity here and came up with what is referred to as “vagina beer” on the Internet.

Keep your mind out of the gutter on this one, as it’s not vagina flavored beer. It is, in fact, vagina yeast beer fermented with the lactic acid bacteria Lactobacillus that occurs naturally within lady parts. The company in question is called The Order of Yoni (yoni means vagina in Sanskrit), and it is based out of Poland. The aforementioned beverage has been named Bottled Instinct.

The company’s official website describes this beverage as being “full of femininity, sensuality, charm, passion, and sexuality”, all thanks to the beneficial vaginal bacteria that are used to produce it. Is this creepy? Skeezy? Lecherous? Uncalled for? Totally! They even used Lactobacillus from an underwear model and got some to model it.

But in spite of the debatable and potentially problematic nature of their marketing, science actually backs up the concept. Well, somewhat backs it up anyway. Lactobacillus isn’t present just in the vagina, but a variety of outer sources as well. And as it so happens, it sometimes finds its way into beer, and it’s safe to ingest.

However, its effects on it aren’t all that beneficial. According to a paper entitled The Microbiology of Beer, this type of wild yeast is responsible for the off-tastes and odors that occur in beer spoilage. This makes it one of the most undesirable. Still, as explained by the Oxford Companion to Beer, it’s just the thing some beers need.

Because it is processed into lactic acid rather than alcohol, the wild yeast Lactobacillus goes well in the making of sour beers such as lambic, Berliner Weisse, or Belgian witbier. How appropriate it is to source it from a model’s vagina is up to you to decide.

Now that you’ve heard of vagina beer, get ready for pee whiskey! One designer and researcher named James Gilpin came up with this idea for an art installation in 2010. Yep, the art exhibit excuse seems to be a popular one in this article. He has type-1 diabetes himself, but the urine he collected came from the type-2 elderly, including his own grandmother.

To understand the science behind it, let’s first discuss how regular whiskey is made. The process is known as distillation, and it fundamentally consists of heating a liquid to turn it into vapors, then condensing it back into a liquid again. Whiskey goes through this process at least two if not three depending on the variety.

The raw material behind it is fermented grain mash, a sugary and starchy substance. What Gilpin does is replace this with the urine of elderly type-2 diabetes patients, which ferments into a clear alcohol spirit. From then on out, the beverage gets its taste, color, and viscosity from special whiskey blends.

Although Gilpin’s family whiskey is meant to be a high-end single malt whiskey, the creator doesn’t plan on commercializing it in the long run. Its purpose is more so to strike up a conversation on the illness in an unconventional way. But is it safe to drink? It is (at least for the most part), and not just Bear Grylls says so.

Please do keep in mind that there are some health hazards associated with drinking urine in its unprocessed form, including bacterial contamination and drug exposure. These risks decrease significantly once the stuff goes through repeated distillation, but it’s still advisable to practice caution. Bodily fluids are no laughing matter.

Baby poop isn’t that bad, right? If you’re a parent or you’ve had younger siblings, you might feel like you’re immune to it by now. But what if I told you that scientists discovered it can be used to make your favorite sausages? I’m talking about cured sausages that undergo bacterial fermentation, thus gaining their red color and a deliciously tangy and spicy flavor.

The most popular varieties of this sort include pepperoni and salami, two of the world’s most famous pizza toppings. The bacteria used for the process are either already present in the meat or added commercially. They are obtained from a wide variety of sources, but baby poop wasn’t one of them until recent research conducted in Spain.

Using fecal matter collected from 43 healthy infants, scientists isolated two beneficial strains of bacteria for the job. These are Bifidobacterium and the aforementioned Lactobacillus. With these, they fermented six batches of fuet, a tradition Catalan pork sausage. The team then had professional tasters give them a try, and they confirmed their flavor is the real deal.

But while the taste might be the same, are baby poop sausages safe for consumption? The answer is yes, as they don’t contain any actual feces. The necessary bacteria is merely collected from the infant waste, and nothing else from it goes in the making of the delicacy. Researchers decided to use baby poop simply because it contains a whole lot of these bacteria in one place.

Last, but certainly not least, let’s talk about the Japanese poop steak. I know what you’re hoping, and no, it’s not a popular gag gift. It’s a steak reconstructed from basic food elements found in feces. Thus, it allegedly contains 63% proteins, 25% carbs, 9% minerals, and 3% lipids. Its flavor is also said to be enhanced with soy protein for added palatability.

Sounds gross, but also sustainable for a dystopian future, right? What if I told you that the whole thing was nothing more than a hoax? The sensationalist story originated on Fox News in 2001, but several instances of it popping up have been identified during the 1990s as well. Nevertheless, major news platforms such as Digital Trends or The Guardian picked it up.

The poop steak was allegedly invented by one Mitsuyuki Ikeda from the Okayama Laboratory, at the request of Tokyo Sewage. Forbes contributor Nadia Arumugam published the full investigation one month later, and it became obvious that the whole thing was fake, or unfounded at least.

It all started with an old video that curiously featured Ikeda himself, claiming he made the discovery. Judging by his looks, the whole thing went down in the 1990s. However, he deals with nothing of the sort now and hasn’t reached back for clarification to the various publications that contacted him.

Nevertheless, I can’t help but wonder if this entire thing is feasible or not. I guess it might be, and according to food safety professor Douglas it can even be safe to consume as long as it’s cooked. Still, I don’t want to think about having to eat poop steak in the near future, and I’m guessing neither do you.

There are many reasons while people create foods and beverages with bodily fluids. Some were created to prove a point, others had artistic intent behind them. And then some, such as the Japanese poop meat, nothing more than a prank that went too far. And while most of them are safe to consume, I can’t recommend any myself. The choice to try them (or not) is all yours.