Ants Don’t Just Go with the Flow. They Organize it! 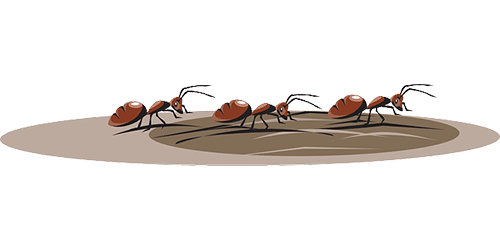 If you have ever seen the ant rope display at the zoo, you will likely have noticed how good ants are at keeping a steady flow along a narrow path. Researchers have now shown that ants can still maintain this flow even when it gets crowded and have investigated how the tiny insects do this.

Humans and ants are the only animals who have been found to establish a two-way traffic system. Even with our advanced brains, the ants put us to shame. They can keep consistent movement at 80% density, whereas we humans start to slow down and become congested at just 40%.

It is at least partly because ants all have a common objective; they are moving as a group to forage for food or find a new nesting site, etc. Whereas humans are all moving independently of one another, they may be going in similar directions, but all for different reasons and destinations. Nonetheless, ant traffic control is still magnitudes better than ours.

A recent study used Argentine ants to investigate how ants can maintain steady flow rates with increasing densities. The researchers did this by separating ants from their food source and constructing a bridge between them.

The width of the bridge was reduced throughout the experiment, beginning at 20mm, to 10mm, and finally 5mm. It allowed the researchers to create a more compact and crowded pathway between the ants and their food.

So How Did They Behave?

In most situations, the more crowded the space becomes, the slower each individual will be. Both the cramped conditions and the increased likelihood of bumping into one another will cause a slowdown in the flow.

However, the results showed that as the bridge became narrower, ants were still able to move at the same pace despite the crowded conditions and collisions, and, in some cases, the ants would even get faster.

While traveling, many ants will release pheromones from their abdomen – a skill for which the Argentine varieties are mainly known for; the substance creates a scent trail that other ants will pick up on with their antennae and follow.

In turn, this generates positive feedback that drives traffic and could be a possible reason for increased speed and efficiency in more condensed conditions. 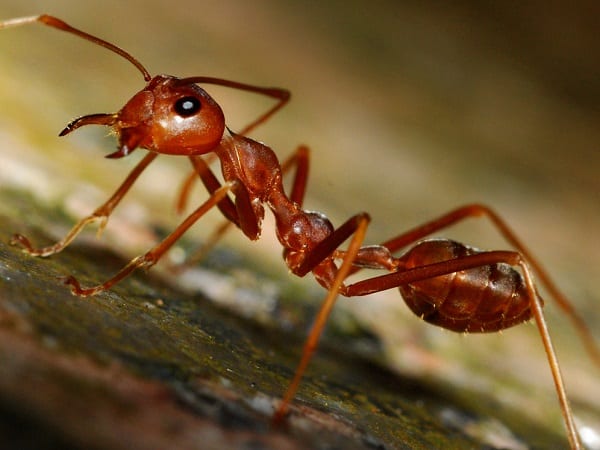 While traversing the bridge at high density, the ants would alter their speed and avoid crowded areas and never filled the deck allowing for efficient movement.

They will interact with each other along their trails. It can serve as a way to pass on important information but can cost time and slow overall movement.

The ants cut down on these interactions significantly with crowded situations.

It will allow them to efficiently follow one another in large numbers to gather food to return to the nest and will also help them in high-density nests.

Ant nests can be incredibly complex structures with very narrow passages between chambers, and some nests have been known to hold up to 300 million individuals, so dealing well in cramped conditions is pretty essential. 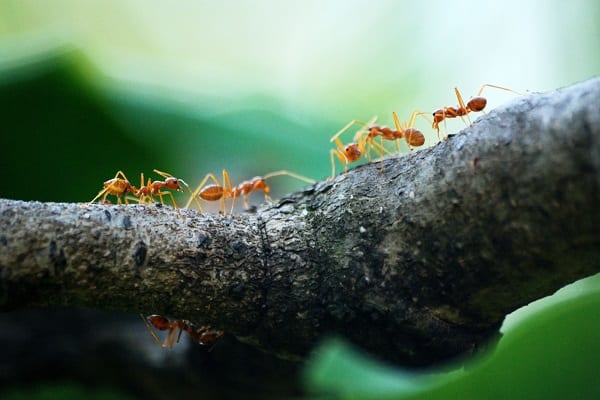 A study using carpenter ants showed that even in dangerous conditions, the ants will still maintain a steady flow to safety. It shows not only how ingrained these behaviors are but also how beneficial they are.

So What Did We Learn?

Such studies show that not only how ingrained these behaviors are but also how beneficial they are for ant populations.

In situations where humans abandon the group and change to the mindset of every man for themselves, these tiny insects will remain calm and efficiently travel to safety as a group. Now that is a lesson we should all take to heart!

Once again, the animal kingdom still has a few things to teach us. Now that we learned how and why ants create and respect their own traffic rules, it’s time for you to tell us which other fun animal facts you would like to know more about and what experimental investigations you’d like us to cover!