Stanford University has created an anti-solar panels prototype that may provide access to electricity when all other systems fail.

It uses the temperature difference between space and ambient air to produce electricity. Harnessing enough power to run a small LED, the Stanford team has produced light using the darkness of space itself.

Solar Power We Get. But Anti-Solar Panels? How do They Work?

At the heart of the prototype tested by Stanford’s research fellow and engineer Wei Li is a thermoelectric generator. It is a device that, in the simplest of terms, produces electricity if one side is cooler than the other.

When a temperature differential exists, thermal energy – effectively free electrons in the conductive materials – will flow from the warmer material to the cooler one. These electrons can be harnessed to produce a low-level electric voltage: enough to power that small LED.

Thermoelectric generators have many advantages:

However, a thermoelectric generator is typically less efficient than other, more wide-spread generators. They are also significantly reliant on the use of materials with high electrical conductivities and low thermal conductivities to produce any power at all.

Stanford’s new prototype of anti-solar panels takes the idea of a thermoelectric generator to a whole new level: using the icy coolness of space itself as the cold side of the prototype device.

The average temperature in outer space is -270.42 °C, making it the coldest widely available heat sink humans are ever likely to get.

While the ambient air of a California winter’s night warms up the bottom plate of the prototype, the top plate mirrors the clear sky and stays nice and cold. 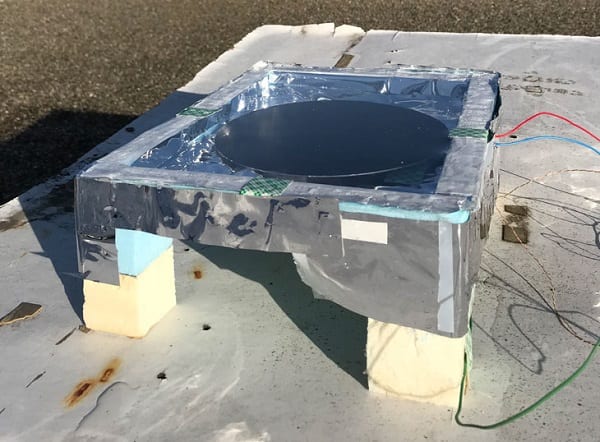 The Night Will No Longer be Full of Terrors

The two plates of the nighttime generator are made of aluminum: an excellent electrical conductor often used in electrical applications. The top plate is sealed beneath a transparent cover and surrounded by insulation to keep out excess heat, while the bottom is exposed to ambient air.

The top stays cool by shedding heat absorbed into the sky as infrared radiation, which can pass easily through the transparent cover. At night, the bottom plate can get a few degrees warmer than the top, creating a usable thermoelectric generator…

…if not a very good one.

Li tested a 20 cm prototype of the idea and was able to produce about 7.85 watts of power: just enough to power a small LED.

Further improvements to the design, such as better insulation around the top plate, could boost production to 0.5 watts per square meter.

Even so, the power generated would be less than solar panels, which produce at least 100 watts per square meter.

It doesn’t mean the nighttime generator has no practical applications.

It may prove useful for emergency backup power, especially in polar regions that don’t see sunlight for months at a time.

And it would be especially helpful to power electronics in isolated or low-resource areas that lack power at night when solar panels don’t work. 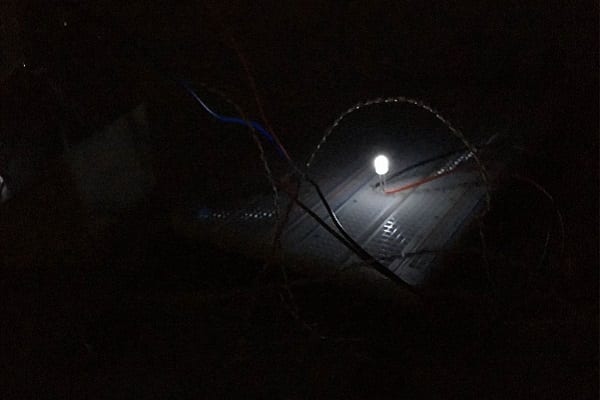 We are still far away from understanding all the mysteries of space and harnessing its powers.

However, Continued development on anti-solar panels and similar technologies will open up immense opportunities and more, until one day, a room is lit up with nothing but energy from the darkness of the night sky.