A recent experiment showed that underwater loudspeakers for the coral reefs’ acoustic enrichment might be the solution to restore life into dead coral patches.

Coral reefs, when healthy, are teeming with fish and plant life. Fish populations are critical for corals to maintain their status as rich ecosystems. However, when bleaching and destruction occur, coral patches turn into haunted houses. They become barren, silent, and scary. The heatwaves in 2016 and 2017 led to bleaching phenomena so severe, they killed around 50% of the Great Barrier Reef.

Now, an international team of scientists discovered that they could repopulate deserted coral patches with new fish by playing music for them.

Scientists from the U.K. and Australia installed underwater loudspeakers in a coral patch in Australia’s recently devastated Great Barrier Reef.

The team built thirty-three experimental reef patches out of destroyed coral in the vicinity of the naturally occurring reef. They then installed the underwater. They also made sure the sound could travel evenly in all directions.

For the next 40 days, the speakers emitted recordings of a healthy reef in some of the patches. For experimental reasons, researchers used silent speakers that emitted no sound in some other patches. Lastly, they left a group of coral patches untouched.

The purpose of the experiment was to see whether the acoustic enrichment of the patches had any influence on recruiting juvenile fish and coral repopulation. 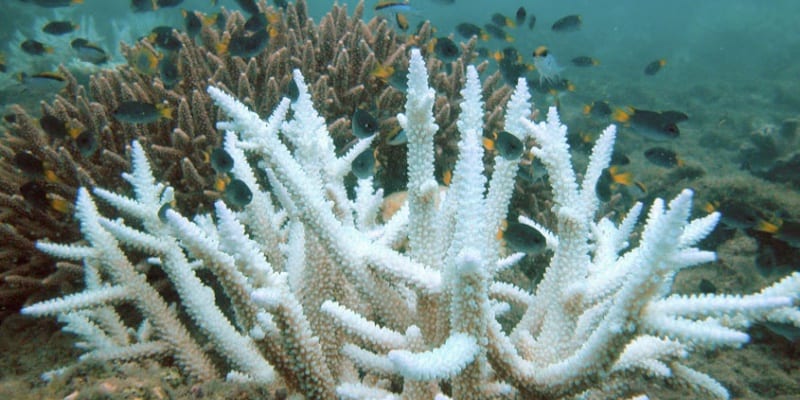 The acoustically enriched patches attracted more fish and determined them to stay longer than the patches that had no soundtrack, the scientists concluded in a paper published in Nature Communications.

Is Bringing New Fish to the Corals Enough?

The scientists admitted that attracting new fish back to destroyed or dying reefs is not enough to reverse the effects of climate change and bleaching. Nevertheless, the devastated coral reefs might have a better chance to recovery if they had rich and active populations of fish. The highlight of the experiment was that the acoustic enhancement process attracted all types of beneficial fish. Their role is crucial in cleaning up the coral patches and create new space for corals to regrow.

While this rejuvenating process will take a while, scientists hope that friendly-sounding coral reefs will compel fish to settle into their new homes and become the answer for the restauration of damaged corals around the world.

According to professor Stephen Simpson from the University of Exeter,

“Healthy coral reefs are remarkably noisy places – the crackle of snapping shrimp and the whoops and grunts of fish combine to form a dazzling biological soundscape. Juvenile fish home in on these sounds when they’re looking for a place to settle. Reefs become ghostly quiet when they are degraded, as the shrimps and fish disappear, but by using loudspeakers to restore this lost soundscape, we can attract young fish back again.“

Can We Hope for Coral Restauration?

As the lead scientists say, the process will take a while. However, the acoustic enhancement, when paired with other habitat restoration and several other conservation methods might accelerate the environmental recovery of coral reefs.

Acoustic enrichment seems to work as a method of coral repopulation with a broad diversity of fish. The research showed the underwater loud speakers determined a doubling in the overall abundance of juvenile fish and 50% greater species richness. Therefore, this innovative method may become a key approach to actively manage dead and dying coral reefs around the globe.