Did you think the Jurassic Era was all about terrestrial giant monsters? The seas were even more dangerous, as new apex predator fossils found in Poland demonstrate.

Paleontologists discovered the remains of a 30-feet long marine monster in the village of Krzyżanowice. According to them, the Pliosaur was the most massive sea predator living in Late Jurassic (late Kimmeridgian).

The Pliosaur – The Terror of the Late Jurassic Seas

According to the scientists describing the fossils found at Krzyżanowice near Iłża on the NE side of the Holy Cross Mountains in Poland, the Pliosaur was more than 30-feet long and weighed up to several dozen tons.

Some preliminary measurements suggest that the Pliosaur could have grown to be twice the size of a contemporary killer whale. It also could have eaten any or all creatures in the sea that happened to cross its path.

We Now Know Nessie Doesn’t Exist, But We Would Have Put Our Money on the Pliosaur

As you probably remember, science closed the deal on the Loch Ness monster. Nessie does not exist, but there may be other even more monstrous creatures in those waters. However, no matter how terrifying Nessie seemed for the masses in the last decades, the Pliosaur would have given it a run for its money. Just as it would have given T. Rex if they ever met.

According to the experts’ description, the Pliosaur

had powerful, large skulls and massive jaws with large, sharp teeth. Their limbs were in the form of fins. 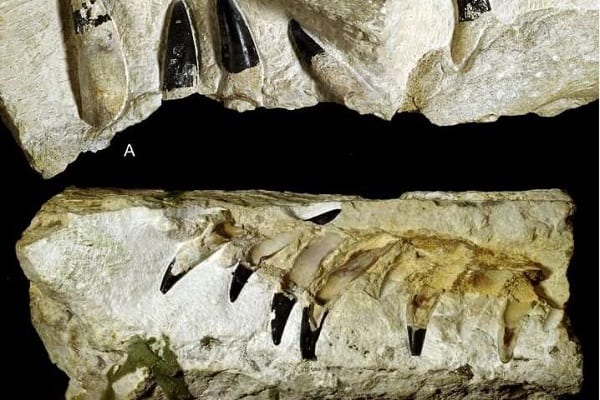 Not Alone in the Wild

Dr. Daniel Tyborowski, from the Polish Academy of Sciences, together with his colleagues also found the remains of other animal species from the same era alongside this impressive creature: plesiosaurs (long-necked cousins of pliosaurs), ancient turtles, and ancestors of our modern-day crocodiles.

The scientists believe that some of these other fossils were on the Pliosaur’s daily menu.

The accumulation of such incredible Jurassic fossils in only one place – and we count here the Pliosaur’s bones, turtle shells, and ancient croc teeth – is unique in the world, according to the experts. The several hundred bones counted during this discovery, however, seem to be only the tip of the iceberg.

What Does the Pliosaur Teach Us about the Earth’s Past?

The results, available in the Proceedings of the Geologists’ Association, have enormous implications on our understanding of palaeobiogeography. The discovery of the Pliosaur in a cornfield in Poland suggests that back in the Jurassic days, the Świętokrzyskie Mountains area was a tropical paradise of islands.

The fossils found here mean that those ancient creatures, together with their apex predator, were living in warm lagoons and shallow sea reservoirs. 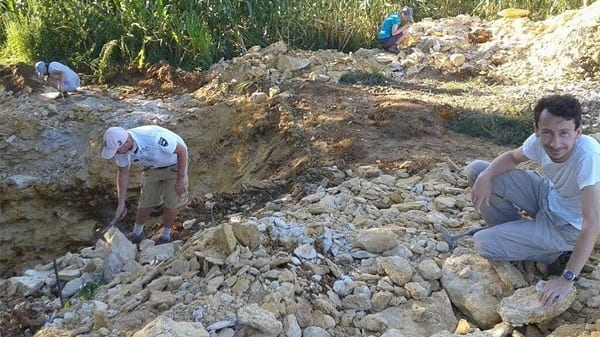 We do not usually associate Poland with tropical climate, so the discovery of the Pliosaur makes geological eras’ research all the more interesting. Poland’s current climate is temperate – with pretty cold winters and warm summers. It is hard to believe now that a cornfield in a village in the mountains was once the abundant marine home of massive crocodiles, which, in turn, represented lunch for even more massive ancient scary sea monsters. 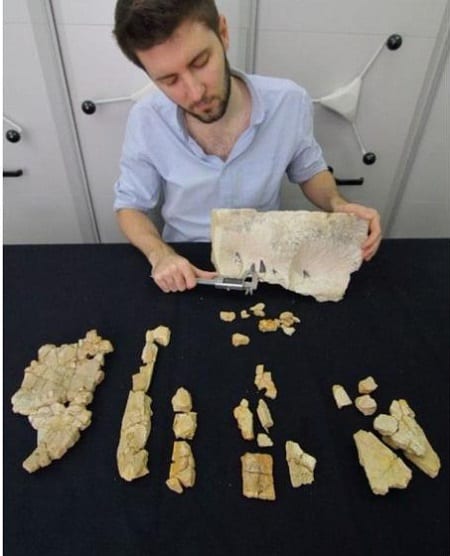 We live exciting times considering the paleontological discoveries of late. The find of Ichthyosaurs in 2018 challenged the scientific community in changing its perspective on marine life 180 million years ago.

Moreover, the neonate-sized Tylosaurus specimen (a type of mosasaur) found in Kansas in 1991 but correctly identified only last year also shed some light upon the Jurassic Era fauna and evolution.

In an interview for Science in Poland, Dr. Tyborowski said that

We hope that the next months and years will bring even richer material in the form of bones of large reptiles.

We also hope that such findings will uncover even more mysteries of our home planet and that scientists will continue to investigate this site and others to find even more complete and complex creatures.